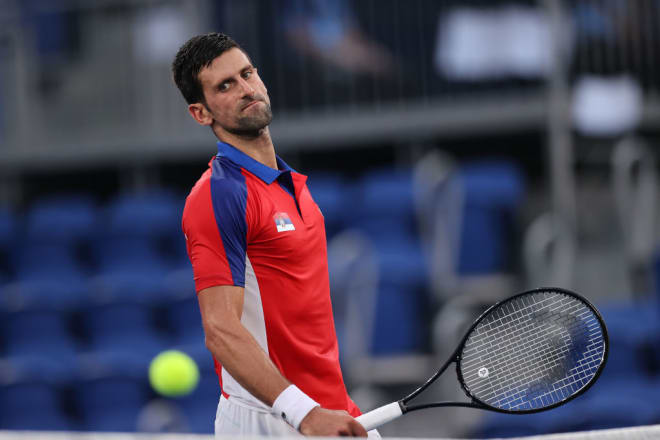 Number one seed Novak Djokovic is out of the ongoing Tokyo Olympics.

Gatekeepers News reports that World Number one tennis player, Novak Djokovic’s quest for a gold medal in men’s singles at the ongoing Tokyo Olympic Games has been shattered by fourth seed Alexander Zverev.

German Zverev shattered the Serb’s Golden Slam dream after defeating him 1-6, 6-3, 6-1 in the semi-final.

The fourth seed will face Karen Khachanov (ROC) in the final.

Djokovic, who has never won an Olympic gold medal, will compete for the bronze medal in his match against Pablo Carreño Busta (ESP).

The Serbian can, however, redeem gold in the mixed doubles category.