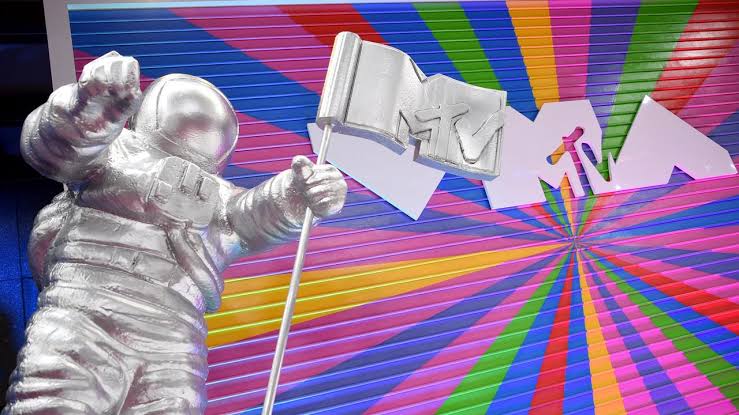 MTV is marking its 40th anniversary with an iconic astronaut design.

Gatekeepers News reports that MTV is marking its 40th anniversary with a relaunch of its iconic image of an astronaut holding the MTV flag planted nearby on the moon.

The media network unveiled a large-scale “Moon Person” during a ceremony at NASA’s Kennedy Space Center in Cape Canaveral, Florida on Sunday.

The new design inspired by a Moon Person image was created this year by Kehinde Wiley, who painted the portrait of former President Barack Obama for the Smithsonian National Portrait Gallery.

MTV Entertainment President and CEO Chris McCarthy in an interview this week with The Associated Press said that the image of space travel fit well with the spirit of its young audience.

McCarthy said, “This is our third generation that we’re reinventing for. Gen Z is by far one of the most interesting, incredibly creative, and optimistic generations.”

“And so we thought, Let’s go back to the origins and do it with NASA, but really do it about the next frontier, which represents generation Z and really represents a beautiful moon person that Kehinde built and where we’re going to be heading next.”

Back on August 1, 1981, the first image to appear on MTV was NASA footage of the historic Apollo 11 landing in 1969, with the MTV flag added to the mix, while the first video was the Buggles’ “Video Killed the Radio Star.”

The channel vastly expanded the power of visual images in the music industry and has since broadly expanded its reach, broadcasting worldwide and adding such influential channels and programs as VH1, Comedy Central, and the early reality show “The Real World.”

After fans, reviewers, music industry leaders, and such artists as David Bowie criticised MTV for airing videos of virtually only white performers in its first years, the channel began playing more Michael Jackson and other Black artists who proved highly popular.

The hip-hop program “Yo! MTV Raps,” which debuted in the U.S. in 1988, was lauded for highlighting a subculture which eventually became a mass culture.

McCarthy said, “I would be lying if I didn’t say that we made mistakes along the way. One of the bigger mistakes in the early years was not playing enough diverse music.

“So we certainly have had our bumps in the road and made some mistakes. But the nice thing that I’ve always learned at MTV is we have no problem owning our mistakes, quickly correcting them and trying to do the right thing and always follow where the audience is going.”

MTV currently has a vast presence on social media, with more than 700 million followers of MTV Entertainment.

The CEO added, “We launched as a video channel on what was the new medium of the time in 1981, which, hard to believe, that was cable.

“I think the fun and interesting thing about MTV … is to constantly have to blow yourself up and forget everything you knew in order for us to recreate a brand new entity for each generation.”