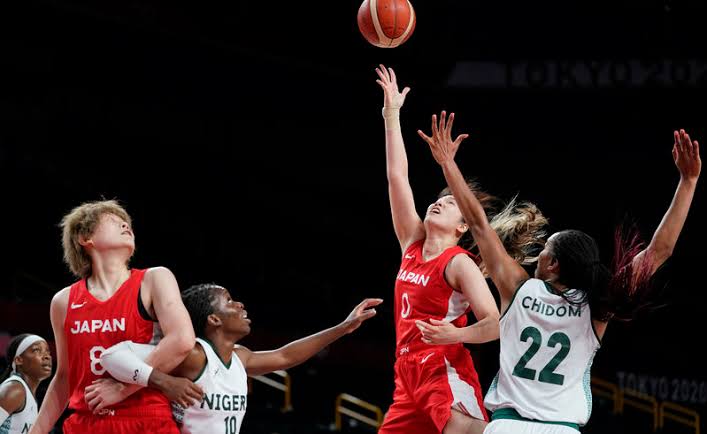 D’Tigress have crashed out of the Tokyo Olympics.

Gatekeepers News reports that Nigeria’s senior women’s basketball team, D’Tigress have crashed out of the ongoing Tokyo Olympics after succumbing 102-83 to their Japanese counterparts in their third match on Monday.

D’Tigress who were unable to secure any win in the three games they played in Group B of the women’s competition’s group stage, were earlier defeated by the U.S and France.

The Japanese team relied mostly on three-pointers to proved too hot for the D’Tigress as they won 30-22 in the first quarter.

Although D’Tigress played with a lot of intensity in the second quarter of the game, they, unfortunately, fell 21-16 to Japan.

The Nigerians were also outsourced in the third quarter which ended 33-19 in favour of the Japanese.

In the fourth quarter when D’Tigress who seemed to have overcome their lethargy won 26-18 but the Japanese who were playing their best game so far in the competition were already leading by 19 three points-shots to coast home to a great win.

Japan have, therefore, progressed to the quarterfinals, having won two out of their three group games.