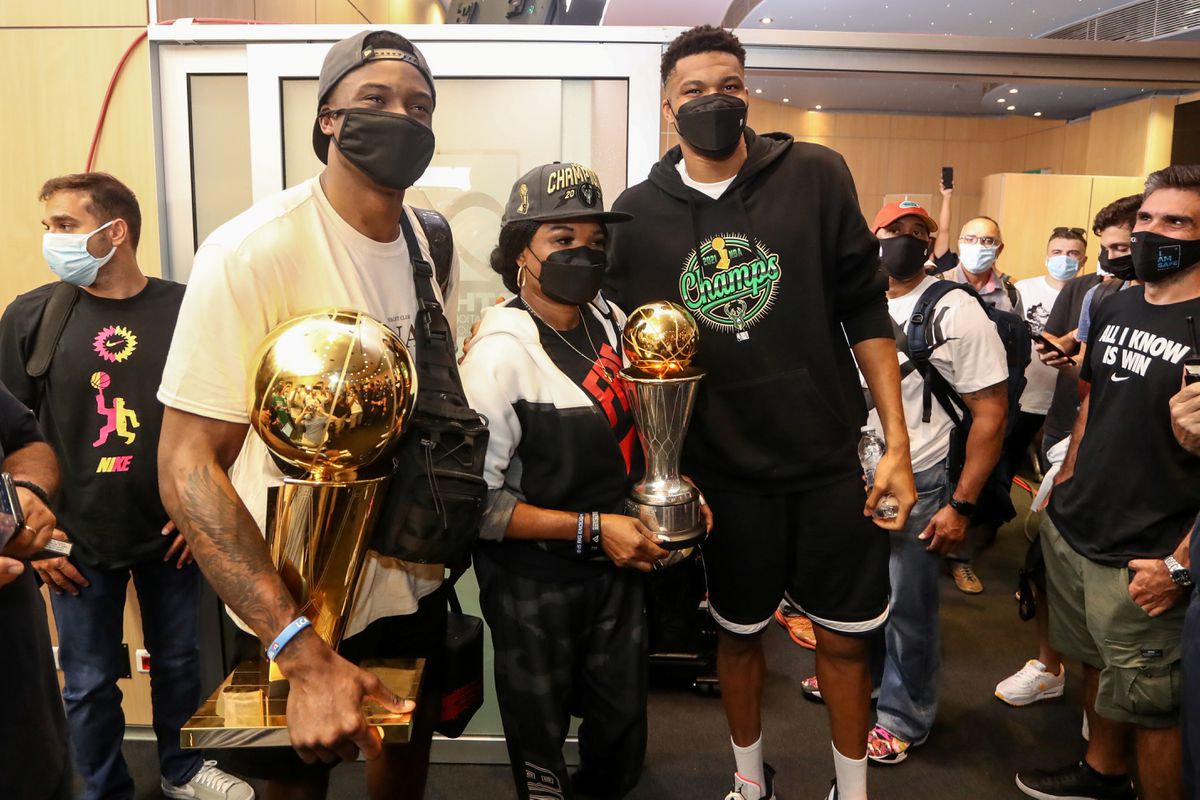 Antetokounmpo brothers have brought the NBA trophy to their Greece home.

Gatekeepers News reports that the Greek brothers, Giannis and Thanasis Antetokounmpo who helped the Milawaukee Bucks to their first NBA championship in 50 years last month, have fulfilled their promise to take their trophy back to their country home.

The brothers who were born in Greece to Nigerian immigrant parents, had a difficult time surviving as acceptance in Greeks was always easy and they had to sell trinkets on the street to get by.

Until 2013, when they obtained their Greek citizenship, they grew up fearing deportation.

Giannis alongside his brother in a news conference during their visit to Athens, said, “I am very, very happy that one of the biggest trophies in the world is in Greece right now.

“It’s an incredible thing. We don’t know how many days we’ll stay, but we definitely want to take it back to Sepolia and the places we grew up.”

The Greek Freak was the dominant player in the finals series against the Phoenix Suns. He scored 50 points in the last game to win the Most Valuable Player award. However, his brother – Thanasis was forced to sit out the last two games of the finals under COVID-19 protocols.

The extraordinary rise of the boys from Sepolia to the NBA has seized the imagination of the whole of Greece, where basketball normally trails football in popularity.

He said, “This journey has been crazy. If you told me eight years ago that I’d be in this position, along with Thanasis, and we’d have the NBA trophy with us, and that we can take it anywhere we wanted, I’d say you’re crazy.

“But it’s all been done with hard work – and we haven’t stopped. We don’t stop, as a family. That’s what we saw all our lives, our parents never stopped, we’d get back home after school, after practice and we saw our parents constantly working, every day to feed us.”

The Antetokounmpo brothers also plan to return to Sepolia during their current trip to show the trophies to local kids who like many other Greeks young and old, now idolise them.

Giannis said the event will be for the benefit of children (who must wear masks to attend), not the media, adding he and his brother will also play a little basketball at a local open court, though his opponents shouldn’t be too worried. “I’ll play as long as my knee can carry me … not very much,” he said.

Giannis, 26, and Thanasis, 29, are not the first Antetokounmpos to win an NBA championship. Their younger brother Kostas, 23, did it first with the Los Angeles Lakers last season, although his contribution was limited.