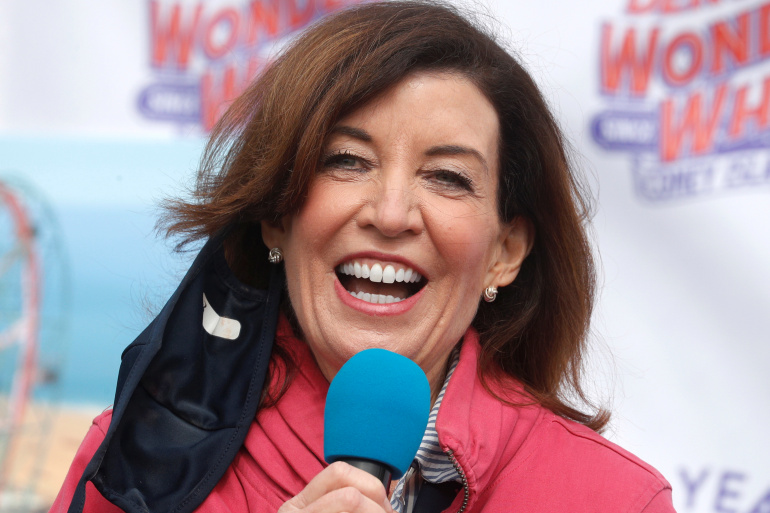 Lieutenant Governor Kathy Hochul, who has been Andrew Cuomo‘s number two since 2015, has declared that she is ready to lead New York.

Gatekeepers News reports that Hochul will become the 57th governor of New York after Cuomo departs from office on August 24, 2021, following Cuomo’s resolve to resign.

The 62-year-old political veteran will also emerge as the first female governor of New York.

Hochul gave her first public remarks a day after Cuomo’s announcement that he would resign rather than face a likely impeachment trial over allegations that he sexually harassed multiple women.

“It’s not something we expected or asked for, but I am fully prepared to assume the responsibilities as the 57th governor of the state of New York,” Hochul said.

Hochul hinted that she would be bringing in new people to her administration and dismiss anyone “unethical” named in the attorney general’s report on Cuomo.

“Nobody will ever describe my administration as a toxic work environment,” she said.

Gatekeepers News reports that State Senate Majority Leader, Andrea Stewart-Cousins will take over as acting lieutenant governor before Hochul will eventually choose her own.

“So it will be someone who is no stranger to me, but also someone in a will carry on the vision of my administration which is to continue these strongly progressive policies to take this state forward to get us out of Covid as soon as possible and to rebuild back this great state of New York,” she said.