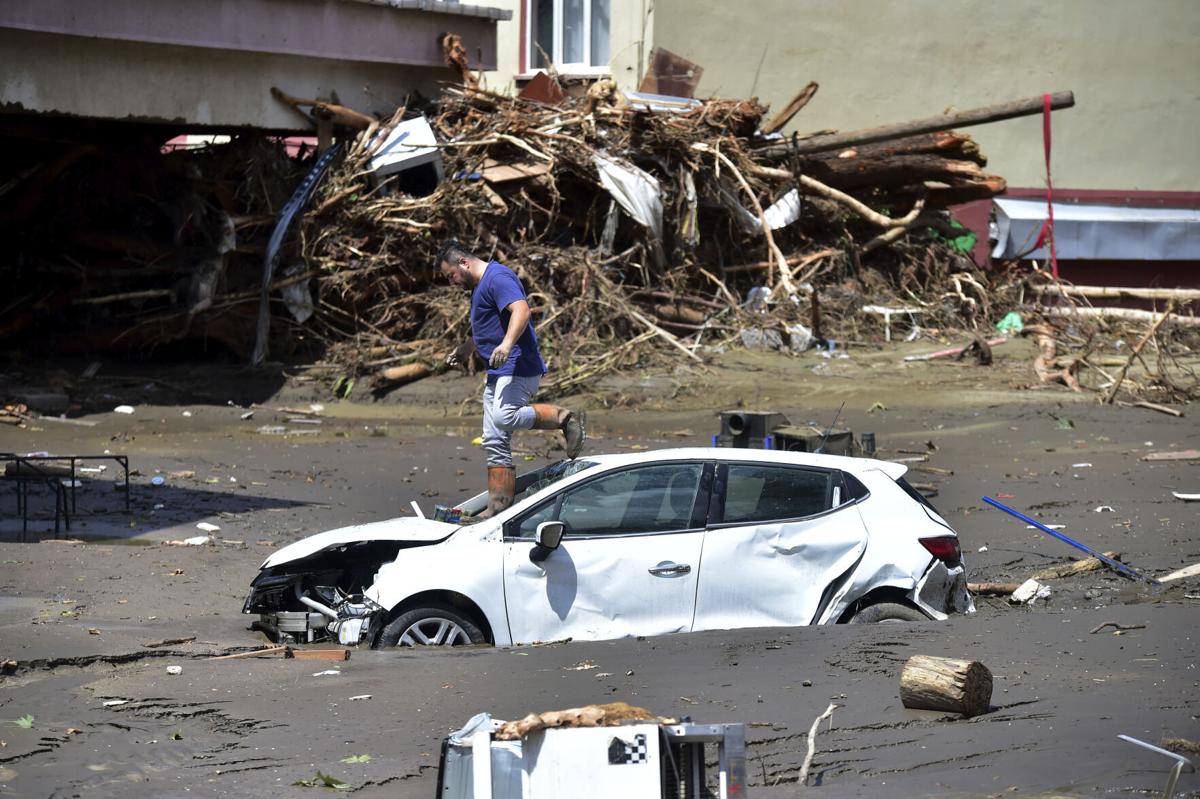 Turkey‘s floods and mudslides have claimed a total of 57 lives while dozens are still missing.

Gatekeepers News reports that there are fears that the death toll from Turkey’s worst floods in years could increase further.

“This is unprecedented. There is no power. The mobile phones were dead. There was no reception. You couldn’t receive news from anyone,” said Ilyas Kalabalik, a 42-year-old resident of Bozkurt.

About 45cm (18 inches) of rain fell in less than three days in one village near Bozkurt.
Torrential rains that pounded the Black Sea provinces of Bartin, Kastamonu and Sinop on Wednesday caused flooding that destroyed homes, damaged at least five bridges, swept away cars and rendered numerous roads unpassable.

Turkish disaster agency AFAD said 48 people were killed in Kastamonu, eight in Sinop, and one in Bartin. Eight people remained hospitalised in Sinop.

In Sinop, floodwaters almost completely wiped out the village of Babacay, leaving toppled homes, damaged bridges and rubble in their wake. A five-story apartment building constructed on a riverbed was destroyed.

Gatekeepers News reports that rescue teams and sniffer dogs kept up the painstaking task of trying to locate the missing. AFAD said 5,820 personnel, 20 rescue dogs, 20 helicopters and two search planes were at the disaster spots.

Turkish experts believe interference with rivers and improper construction also were contributors to the massive damage in Turkey’s floods.

In this article:Flood, Gatekeepers News, Turkey