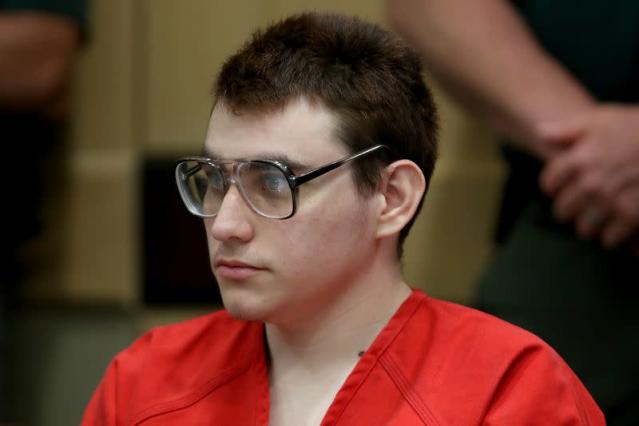 Nikolas Cruz, a former student, has pleaded guilty to the 2018 high school massacre in Parkland, Florida in the southern United States.

Gatekeepers News reports that Cruz, who was 19 at the time of the attack, killed 14 students and three staff members on Valentine’s Day in 2018 during a seven-minute rampage with an AR-15 semiautomatic rifle through the classrooms and hallways of a three-storey school building.

Cruz who is now 23-year-old had been expelled from the school, Marjory Stoneman Douglas High School, a year earlier after a history of threatening and violent behaviour that dated back to preschool.

He was charged with 17 counts of murder and 17 counts of attempted first-degree murder for those wounded in the February 14, 2018 attack.

Cruz faces the possibility of the death penalty or life in prison.

During a court hearing on Wednesday,  he said: “I am very sorry for what I did and have to live with it every day. If I were to get a second chance, I would do everything in my power to help others.”

Cruz added that he has “nightmares” about his crime and “can’t live with” himself. He also said that he believes that the US would “do better if everyone would stop smoking marijuana”. The courtroom was attended by a many relatives of victims.

The incident contributed to the political fight in the US over gun control and survivors started “March for Our Lives”, a gun safety advocacy for stronger background checks and a ban on the AR-15 type of assault-style rifle that Cruz used in the assault.

The group, in a statement, said it has “no comment” on Cruz and “a guilty plea will not erase the past, and it will not bring us peace”.

“What is clear is that gun violence is a systemic crisis and a uniquely American epidemic.”

The group added that it is “appalled and disgusted that policymakers continue to waffle and play games” rather than implement reforms. “We are not at peace, we are as angry and determined as ever.”

Similarly, Cruz pleaded guilty last week to another charge of attempted aggravated battery and three other felony charges stemming from an attack on a jail guard nine months after the shooting. He was sentenced to 26 years in prison for the jailhouse assault on Wednesday by Justice Scherer.

Gatekeepers News reports that whether Cruz should get a death penalty or life in prison for the massacre will be decided in a penalty trial by jury.

Judge Scherer is expected to screen thousands of prospective jurors as hearings are scheduled throughout November and December with the aim to start testimony in January.