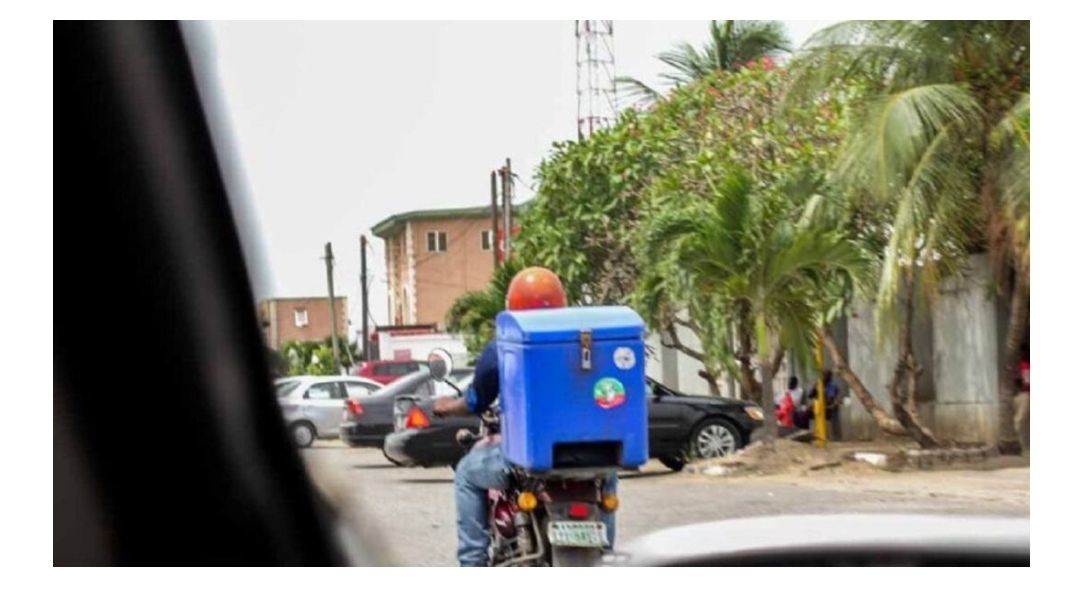 The Lagos police has begun a search for unidentified dispatch rider over baby theft.

Gatekeepers News reports that the Lagos State Police Command on Saturday said it had begun a search for a yet-to-be identified dispatch rider who was caught with a baby in his dispatch box in the Sangotedo area of Lekki.

It also said it had intensified efforts to locate the whereabouts of the baby’s parents or guardian to enable it to investigate the incident.

There was pandemonium in the area when the rider was apprehended by some youths suspecting a case of child abduction.

In a video circulated on social media, commuters, motorists and passersby were seen expressing shock over the development when the baby clad in a singlet and a pair of shorts was allegedly rescued.

Angered by the action of the dispatch rider, a mob was seen beating the suspect while he was being taken away on commercial motorcycle to avoid being lynched.

But the spokesperson for the Lagos State Police Command, CSP Adekunle Ajisebutu, said while the command was aware of the viral video, the case was not reported at any police station in the state.

In a statement on Saturday titled, ‘Alleged Child Stealing in Sangotedo: Incident in viral video not reported,” Ajisebutu said, “The command wishes to inform the public that the incident said to have taken place in Sangotedo area, Lekki, was not reported at any police station to enable the police take appropriate actions.

“Notwithstanding that the incident was not reported, the Commissioner of Police, Abiodun Alabi, has directed that efforts should be intensified to locate the whereabouts of the alleged dispatch rider and the parents or guardians of the child to enable the police to investigate the incident.”