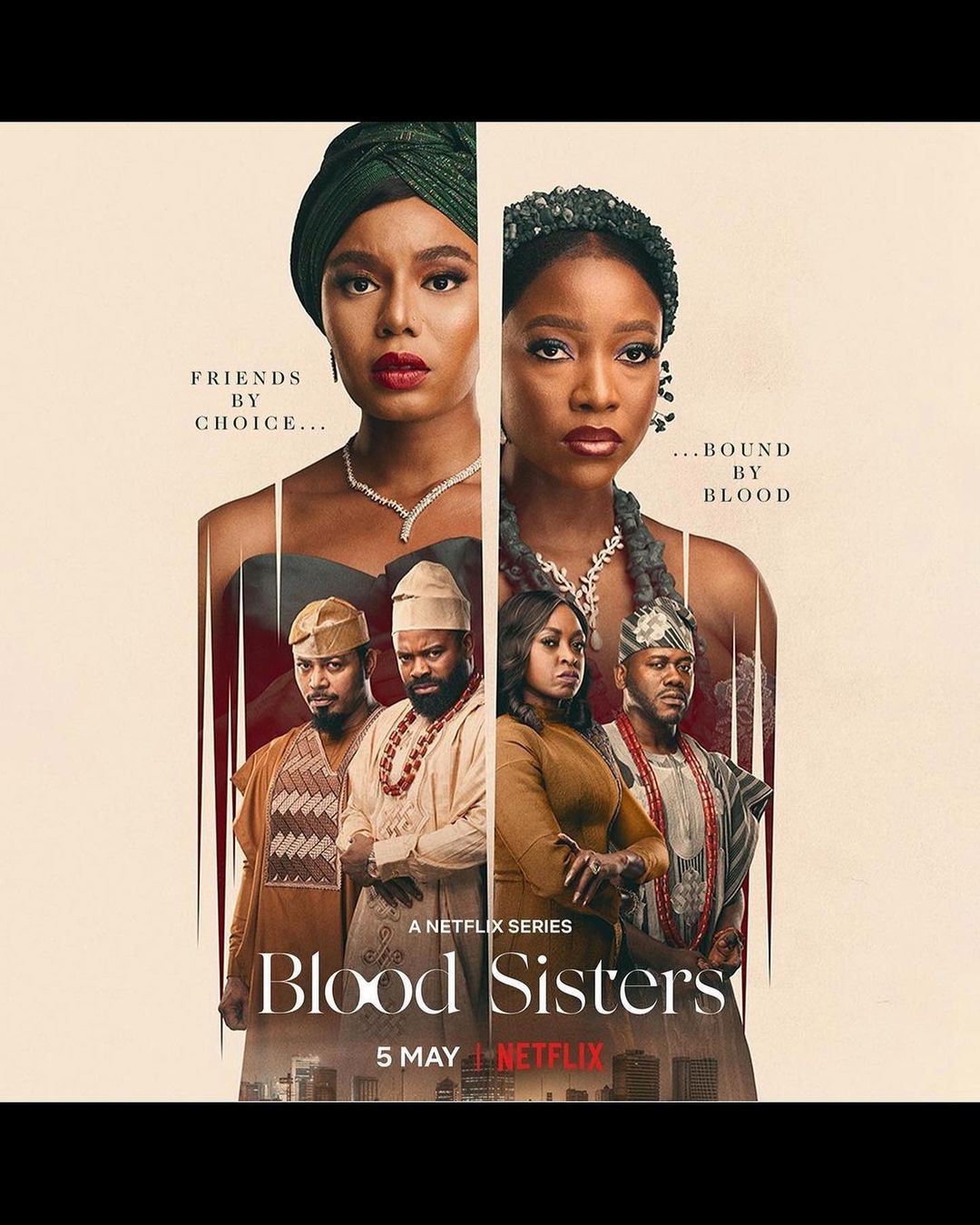 Gatekeepers News reports that the series released on May 5 is currently number nine on the list with 11 million views recorded in its first week.

“BLOOD SISTERS has made the NETFLIX TOP TEN GLOBAL LIST OF TV SHOWS, WITH ELEVEN MILLION HOURS VIEWED IN THE LAST FIVE DAYS in our FIRST WEEK OF LAUNCH.This is our time, A TV SHOW MADE IN NIGERIA FOR THE WORLD.

”From the analysis of this list, we have performed better than some shows made in the UK and the United States of America!!! Last but not the least, I would like to say a very big THANK YOU to everyone that has taken time to watch. Thanks for taking Blood Sisters to the world.”

Written by Craig Freimond, ‘Blood Sisters’ follows best friends on the run after one accidentally murders the other’s abusive fiancé hours to their wedding. The four-part limited series is directed by Biyi Bandele and Kenneth Gyang with creator credits going to Temidayo Makanjuola.

Since its premiere, the series has topped the charts in over 20 countries including the United Kingdom and France.