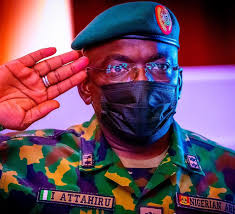 Last Friday 21st of May 2022 marks the one-year anniversary of the late chief of Army Staff, Lt Gen. Ibrahim Attahiru who died in a questionable situation, a circumstance that still questions the integrity of the Nigerian judicial system.

Attahiru as far as I know was a combatant soldier determined to wipe out the insurgents from the forest and cause peace to return to the troubled states. He has barely done that within three months that the grim reaper snatched him, not on his familiar terrain but on the sky.

The incident happened 115 days after Attahiru assumed office as the Chief of Army Staff, following his appointment on January 16 alongside the Chief of Defense Staff, Lucky Irabor; Chief of Naval Staff, Gambo Awwal and Chief of Air Staff Isiaka Amao, the trio who were effusive of praise for Attahiru in death.

Governor of Borno state, Northeast Nigeria, Babagana Zulum one of the troubled states said, “The late Chief of Army Staff was evidently committed to the fight against Boko-haram and was determined to significantly contribute to its ending.

“The commitment of the late Chief of Army Staff to the fight against Boko-haram was obvious within the short time he served, he had been to Borno on multiple occasions, meeting Operational Commanders and troops at battlefronts.

“In all his interactions, he regularly motivated troops. The people of Borno thank him, and all our gallant fallen heroes for their unquantifiable service to Borno state and the rest of Nigeria.”

Those words coming from Zulum who has been reputed to be parsimonious with praises show Attahiru’s efforts and reinforced the need for the sketchy circumstances surrounding his death to be unravelled.

Like Tolulope Arotile, the first female combat helicopter pilot in Nigeria who was supposedly killed in an accident by her excited schoolmate while reversing. Her death remains a mystery almost two years after, 365 days after Attahiru’s death, the major cause of the crash remains unknown. 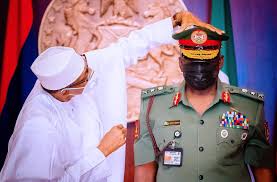 The caliber of officers the Nigerian military lost should have spurred the military to dig deep but rather the Accident Investigation Bureau (AIB) submitted an interim report containing 27 findings and 8 recommendations for immediate use on the Air Force Aircraft to the Chief of Air Staff, Isiaka Amao. The details of the report have yet to be made public 8 months after.

The late COAS Attahiru was a legend and I strongly believe that legends never die because they only transcend to another realm of existence leaving behind the eternal echoes which tell the tales of their time, the deeds they have done and the joy they have given.

For Attahiru’s immediate family, friends, fellow officers and my dear friend, Bakare Zaynab Abolade who likes the late COAS for God knows why, May the almighty God comfort them and grant the late COAS a peaceful repose.