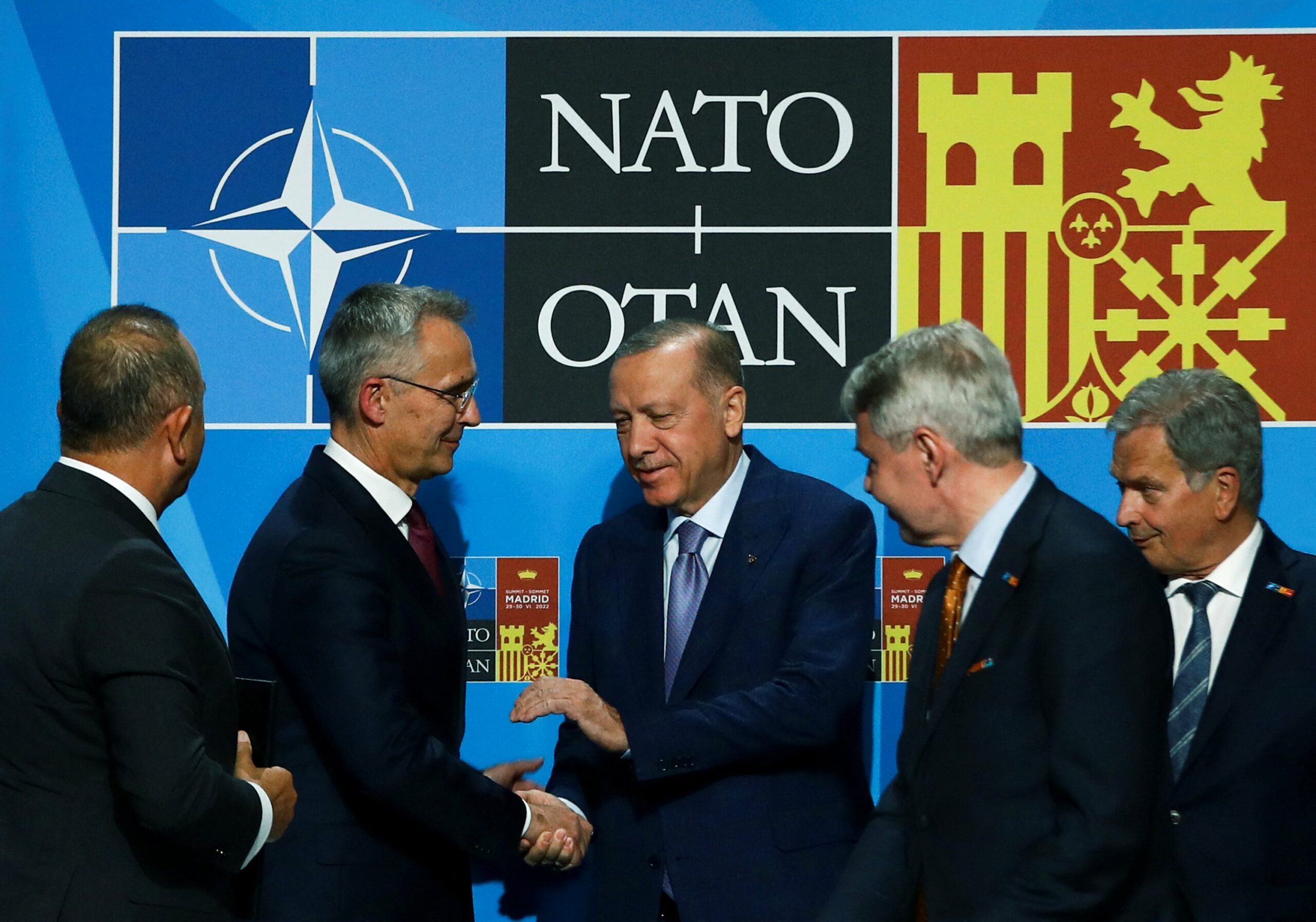 Turkey on Tuesday agreed to drop its objections and support Finland and Sweden’s NATO bids.

Gatekeepers News reports that NATO leaders will formally invite Finland and Sweden to join the alliance Wednesday following the development. Top of the agenda in meetings on Wednesday and Thursday will be to strengthen defences against Russia and support Ukraine.

“I’m pleased to announce that we now have an agreement that paves the way for Finland and Sweden to join NATO. Turkey, Finland and Sweden have signed a memorandum that addresses Turkey’s concerns, including around arms exports, and the fight against terrorism,” NATO chief Jens Stoltenberg said on Tuesday after crunch talks in Madrid. He also called it “a historic decision.”

Turkey signed a memorandum with Finland and Sweden supporting the invitation for the Nordic countries to become members of NATO.

A trilateral agreement signed in Madrid “confirms that Turkey will at the Madrid Summit this week support the invitation of Finland and Sweden to become members of NATO,” Finnish President Sauli Niinisto said in a statement.

On Turkey’s sudden about-face on the issue, President Recep Tayyip Erdogan’s office said on Tuesday that Turkey “got what it wanted” from Sweden and Finland.

“Turkey has made significant gains in the fight against terrorist organisations,” said the Turkish statement, adding: “Turkey got what it wanted.” The two Nordic countries agreed to “cooperate fully with Turkey in its fight against the PKK” and other Kurdish militant groups, said the statement. They have also agreed to lift their embargoes on weapons deliveries to Turkey, which were imposed in response to Ankara’s 2019 military incursion into Syria.

The two countries will ban “fundraising and recruitment activities” for the Kurdish militants, and “prevent terrorist propaganda against Turkey,” President Erdogan’s office said.

“Taking the next step toward a full NATO membership is of course important for Sweden and Finland. But it’s also a very important step for NATO, because our countries will be security providers within NATO,” the Swedish leader said.

The US called the news a “powerful shot in the arm” for NATO.