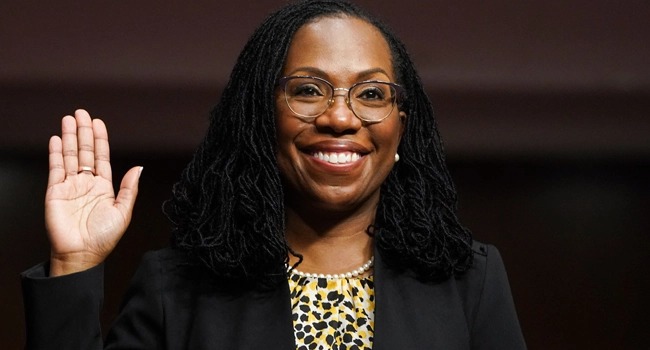 Ketanji Brown Jackson made history on Thursday as the first Black woman to serve on the US Supreme Court.

Gatekeepers News reports that Jackson, 51, was sworn in as the 116th Supreme Court justice to serve on the high court.

The ceremony caps a months-long process that essentially began February, when President Biden, fulfilling a campaign promise to nominate the first Black woman to the Supreme Court, announced Jackson, as his pick to replace Justice Stephen Breyer, 83.

Jackson has been confirmed since April when the Senate voted 53 to 47 on her nomination.

Breyer officially retired on Thursday, paving the way for Jackson to be sworn in.

Jackson will have to contend with significant cases next term, including those involving affirmative action (which she may recuse herself from), the independent legislature theory, and religious freedom.