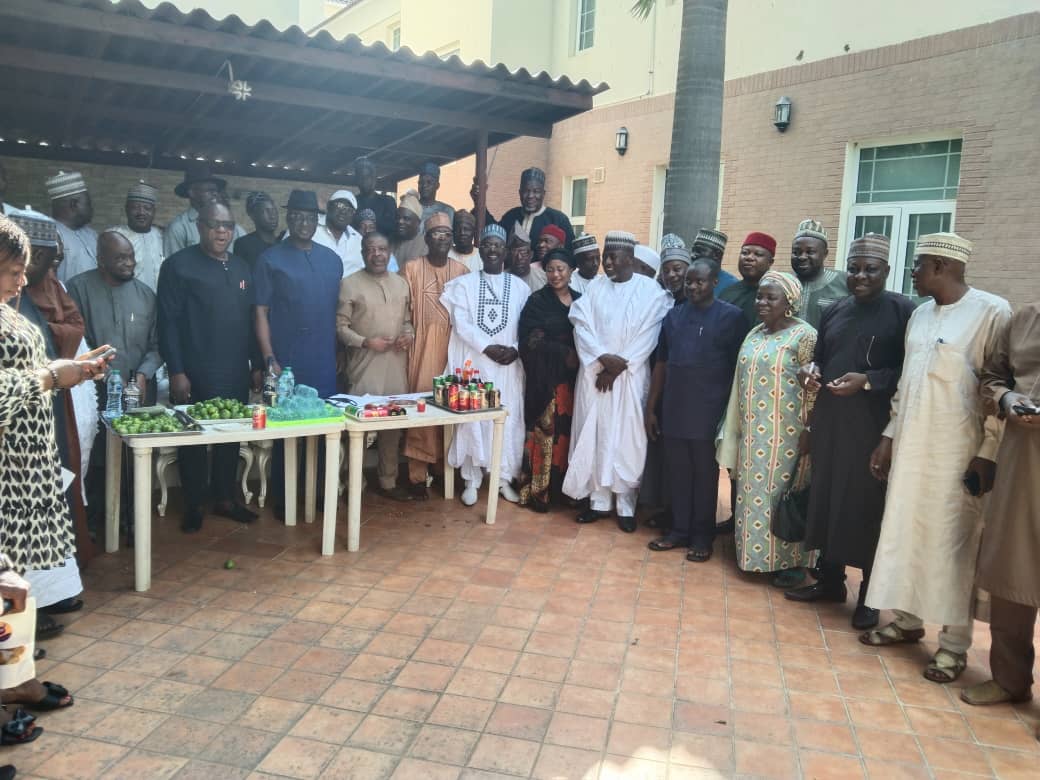 Gatekeepers News reports that the forum’s Director of Media Hon Zakari Mohammed said this comes after the confab that elected its executives and in its resolutions.

Mohammed in a statement said the forum recognises all former PDP speakers as leaders and deputy speakers of the HoR as automatic alternate chairmen.

According to him, “the meeting was attended by several former members who had not set eyes on each other for so many years as the forum brought them together to bond and forge a common front to take back power in 2023.”

Here are the elected executives of the forum:

The statement further disclosed that the Forum resolved that:

“The forum recognized that it needs to properly coordinate itself by informing more members to join the forum as well as strengthening zonal engagements.

“The forum re-emphasized the importance of a victory for the PDP Presidential candidate at the polls in February and that each member would be committed to ensuring that they work hard to achieve this goal.

“The forum elected its leadership and constituted two ad-hoc committees.

“The forum proposed that in order to achieve the goal of winning the elections in 2023, its leadership will present to the candidate and the party, paper proposals on two major issues.

a. A paper proposal on issues that have affected the party post primaries with particular emphasis on former House of Reps Members.

b. A paper proposal to the candidate of the party on how best to win the elections based on a constituency-by-constituency basis.

“The forum resolved that it would use the strategy office of Rt. Hon. Emeka Ihedioha as its temporary secretariat, pending when it would be able to galvanize and get its own secretariat.

“A national working committee was also put in place by the forum to help galvanise it’s activities on how to win the 2023 general elections for PDP.”

Those nominated are coordinators from the six geopolitical zones of Nigeria which includes:

Meanwhile, other zones without nominees are expected to furnish the Secretariat with details of their nominees.