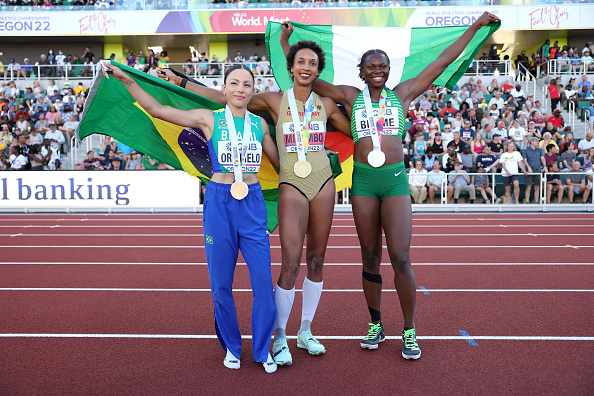 Mihambo soar to a second successive World Championship gold with a final leap of 7.12 metres, while Brume achieved became a silver medalist with a leap of 7.02m.

This was an improvement for Brume, who had won a bronze medal last time out at the World Championship.

Mihambo had earlier beaten Brume to gold at the Tokyo Olympics.

The world record holder was on hand to celebrate with her Team Nigeria buddy. 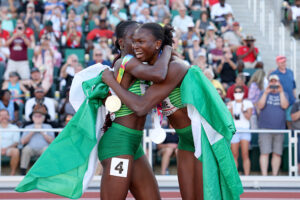