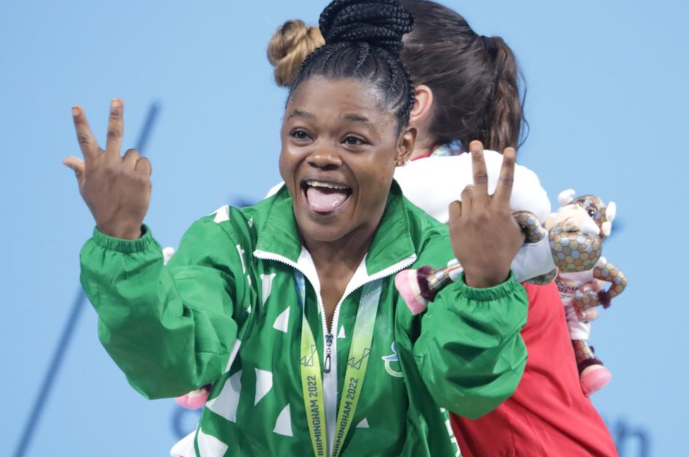 Gatekeepers News reports that Lawal won the medal in the women’s 59kg weightlifting event on Sunday.

Lawal lifted a total of 206kg to set a Commonwealth record for accumulated lifts.

She also set the Commonwealth record in the snatch category after lifting 90kg for her first lift.

The wieghtlifter also set a Commonwealth record in the clean and jerk category, lifting 110kg, 115kg and 116kg in all her attempts.

Lawal’s gold is Nigeria’s third medal at the games, after Adijat Olarinoye and Umoafia Joseph finished first and third on the podium of their weightlifting categories, respectively.

In boxing, Nigeria’s Adeyinka Benson booked a place in the quarter-final of the 71-75kg boxing category..