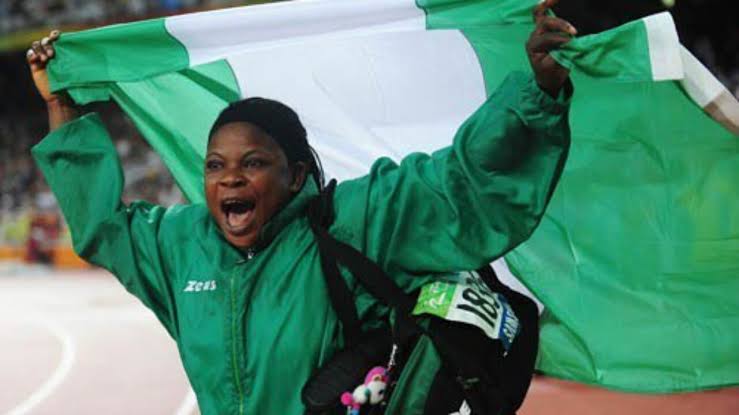 Nigerian Iyiazi Eucharia Njideka has won a gold medal in the women’s F55-57 shot put at the ongoing 2022 Commonwealth Games (CWG) in Birmingham.

Gatekeepers News reports that Iyiazi secured Nigeria’s eighth gold and 18th medal with a throw of 10.03 meters at the Alexander Stadium on Saturday morning.

The throw which is a record at the tournament is also her season-best performance as her the 2020 Tokyo Olympic bronze medalist’s first two attempts did not count as they were no throws.

Her third and fourth attempts saw her with 9.54m and 9.65m throws while her fifth — which turned out to be the highest — won her the gold medal.

Mawe Fokoa Arlette of Cameroon came second behind the Nigerian with a throw of 9.38m

Iyiazi’s compatriot Ugochi Constance Alam clinched the bronze with a throw of 9.30m.

With the two medals, Nigeria has now claimed eight gold, three silver, and seven bronze – a total of 18 medals at the games.