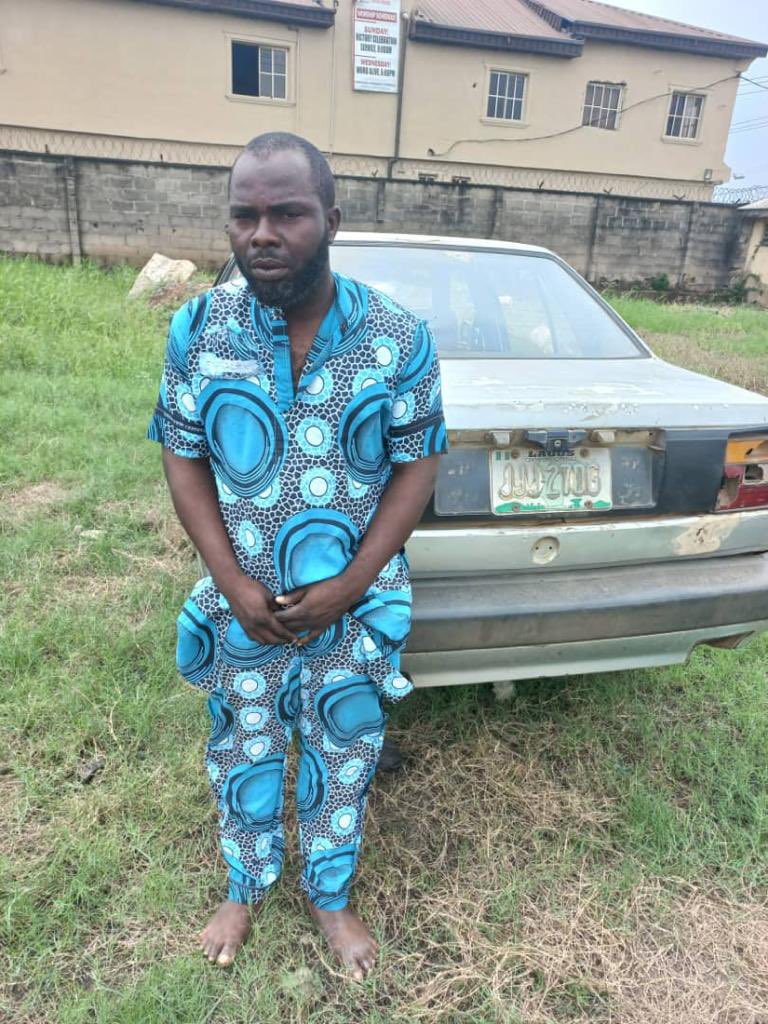 Gatekeepers News reports that Officers of Ipakodo division of the Lagos State Police Command arrested the suspect was arrested at about 1120hrs on Friday, July 29, 2022 after his victim raised alarm.

Spokesman of Lagos State Police Command, Benjamin Hundeyin who made this in a statement said, “Investigation revealed that the suspect, alongside his conspirators (still at large) while operating in a Volkswagen Jetta saloon car, with registration number JJJ 27 DG, disguised as driver and passengers, picked unsuspecting passengers, and started discussions about some money purportedly kept in the boot.”

Hundeyin said the “suspect confessed to having started this crime in January, adding that he was arrested on his sixth outing.”

He added that effort is in top gear to arrest other fleeing members of the gang and other perpetrators of such crime.

Meanwhile, the Commissioner of Police, CP Abiodun Alabi, fdc has directed that the case be transferred to the headquarters for further investigations and prosecution.

In this article:Fraudster, Gatekeepers News, Police