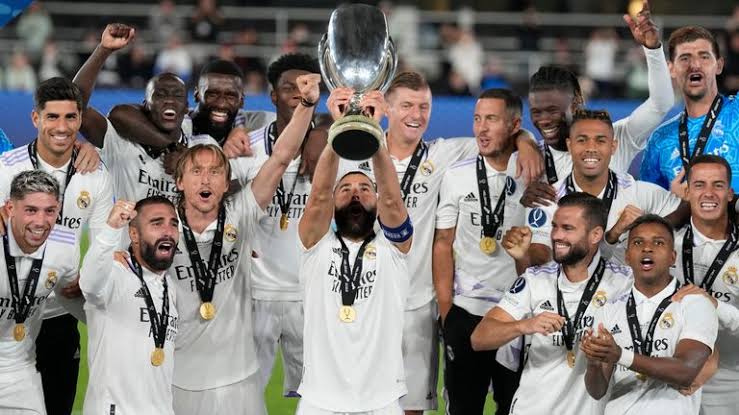 David Alaba’s first-half strike and Karim Benzema’s goal in the second period secured the win for the Blancos.

Although both teams started the game at a slow pace, they gradually grew into the encounter, with Thibaut Courtois, Real Madrid goalkeeper, making smart saves from Daichi Kamada, while Vinicius also saw a shot saved on the line and another pushed away.

The deadlock was broken on the 37th minute after a lapse in concentration allowed Casemiro set up Alaba to slot the ball into an unguarded net.

Benzema doubled the lead after the hour mark on a night he was presented with his UCL player of the season award.

The 34-year-old French striker found the net after being set up by Vinicius to pick up his goalscoring form from last season and overtake Raul Gonzalez to become second only behind Cristiano Ronaldo on the club’s all-time record scorer chat.