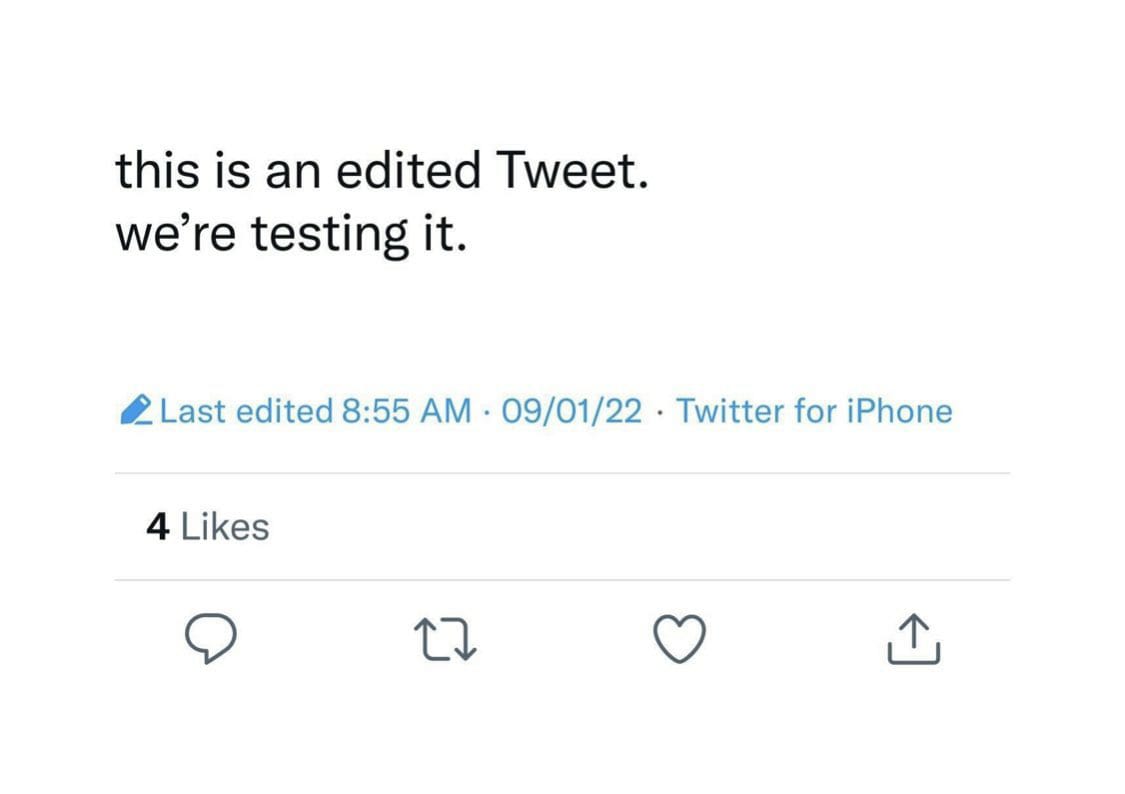 Twitter Inc. is launching an edit button for the first time, after years of debate both internally and externally as to whether such a feature was a good idea for a product known for making posts go viral.

Gatekeepers News reports that the Edit Tweet, as the feature will be called, will let users make changes to their tweet for up to 30 minutes after it’s originally published.

Tweets that are edited will carry a label, and others on Twitter will be able to click on the label to see prior versions of the post.

The company is specifically testing the edit button with a small group of users in hopes of quickly resolving possible issues, the company wrote in a blog post.

The edit button will then roll out to Twitter Blue users in the coming weeks.

Twitter said, “if you see an edited Tweet it’s because we’re testing the edit button. this is happening and you’ll be okay”