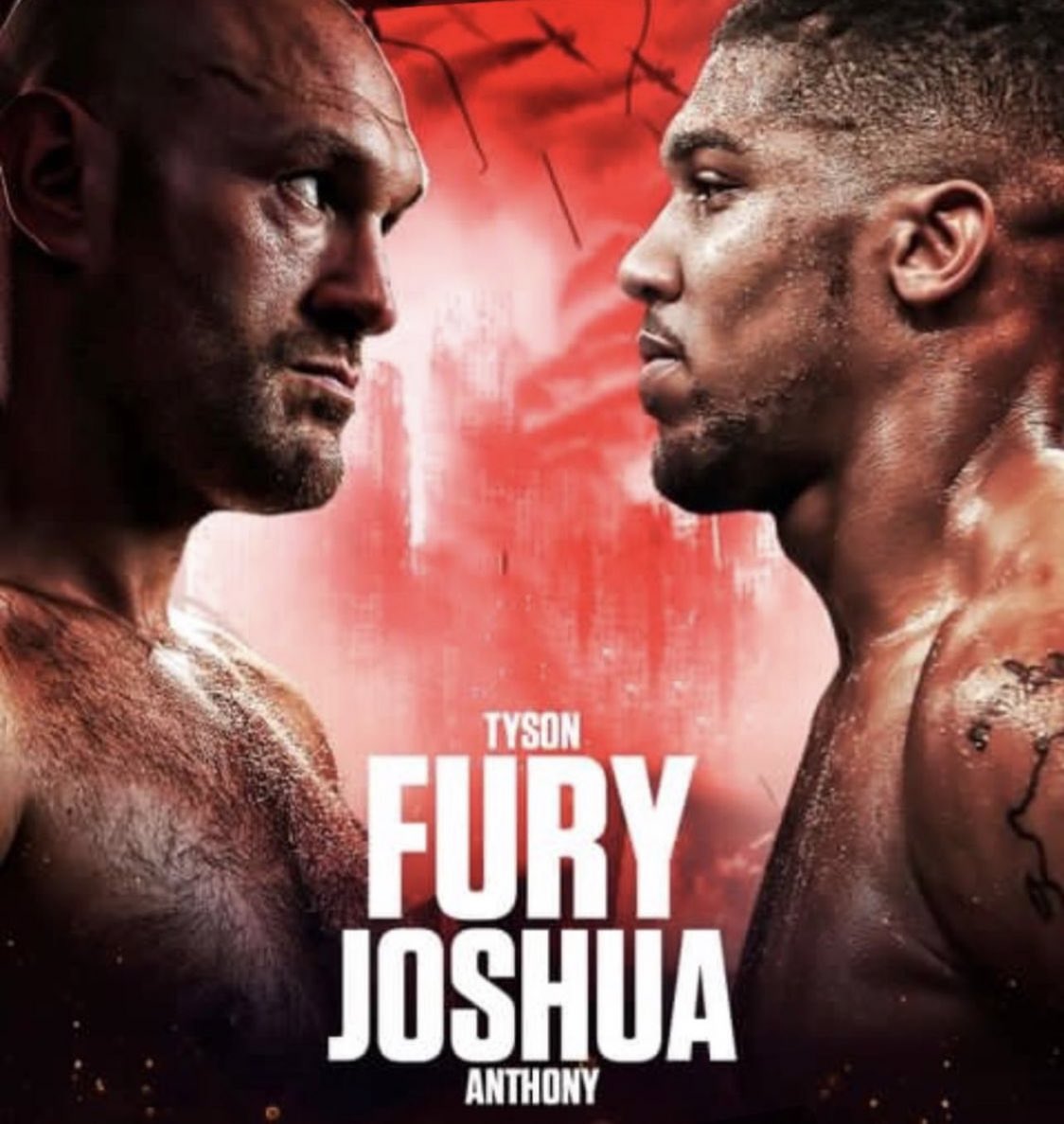 Anthony Joshua has accepted to Fight WBC heavyweight champion, Tyson Fury, after the latter called him out on social media challenging the British-Nigerian to Battle of Britain.

Gatekeepers News reports that Joshua responded to Fury’s antics via his Twitter handle.

He wrote, “Yea calm. I don’t do the online discussions just for clout, so if you’re really about it shout @258mgt (Joshua’s management). I’ll be ready in December.”

Joshua’s public acceptance of the offer prompted a phone call between Hearn and Fury’s representatives.

During an appearance on talkSPORT on Tuesday, Hearn said, “I had a chat last night with George Warren from Queensberry (Promotions).

“I’d love to get really excited about this because I think it’s the fight I get stopped on the street for more than any fight that could be made.

“It’s a fight AJ has wanted for a long time.

“Don’t forget we signed for this fight last year before the court arbitration forced the Deontay Wilder fight for Tyson Fury.

“It’s an interesting one because last week he retired, then he’d only come back to fight Usyk, then he made an offer to Derek Chisora, then he wanted half a billion, then he retired again, then he’s fighting Usyk in December and now he’s fighting Joshua.

“The message is quite clear from Joshua; we don’t want to get in a backward and forwards, we want the fight.”

Fury and Joshua were supposed to meet in the ring last year after agreeing to a stunning two-fight deal in March 2020.

However former WBC heavyweight champ Deontay Wilder scuppered the undisputed bout when he won his arbitration for a trilogy fight with Fury.

Nevertheless, Joshua is currently planning to return to the ring following back-to-back losses to Oleksandr Usyk – the most recent of which took place in Saudi Arabia last month.

“We had plans after the Usyk defeat to come back in December and then go again in March, get active and get the rhythm going again and then try fight for the world heavyweight title.

“But I know having spoken to Joshua and as you saw with his message that if that fight is there and they’re serious, which I have my doubts [about].

“But listen, let’s for the good of trying to make it happen let’s believe Tyson Fury.”

Matchroom Boxing chief Hearn has requested Fury to send a draft deal for the proposed fight if he is indeed serious about fighting the British-Nigerian.

He said, “I said to George Warren last night, ‘Get the details over to us, get the offer over to us. I will take it to Joshua, he’s ready to go.’

“We didn’t expect this opportunity, but it’s a great opportunity to fight for the world heavyweight title in the biggest fight in boxing.

“And we will definitely look at it.”

He, however, expressed doubts about Fury’s offer, saying, “The cynic in me, in boxing, this smells of, Oh, we couldn’t agree on the Joshua deal so I’m fighting this bloke you never heard of instead.’

“No one else was available, I tried to make the Joshua fight’ etc, etc. But like I said, let’s take the cynic away and let’s see what we get back from the Fury camp because we’re ready to discuss it and we’re ready to look at that fight for sure.”