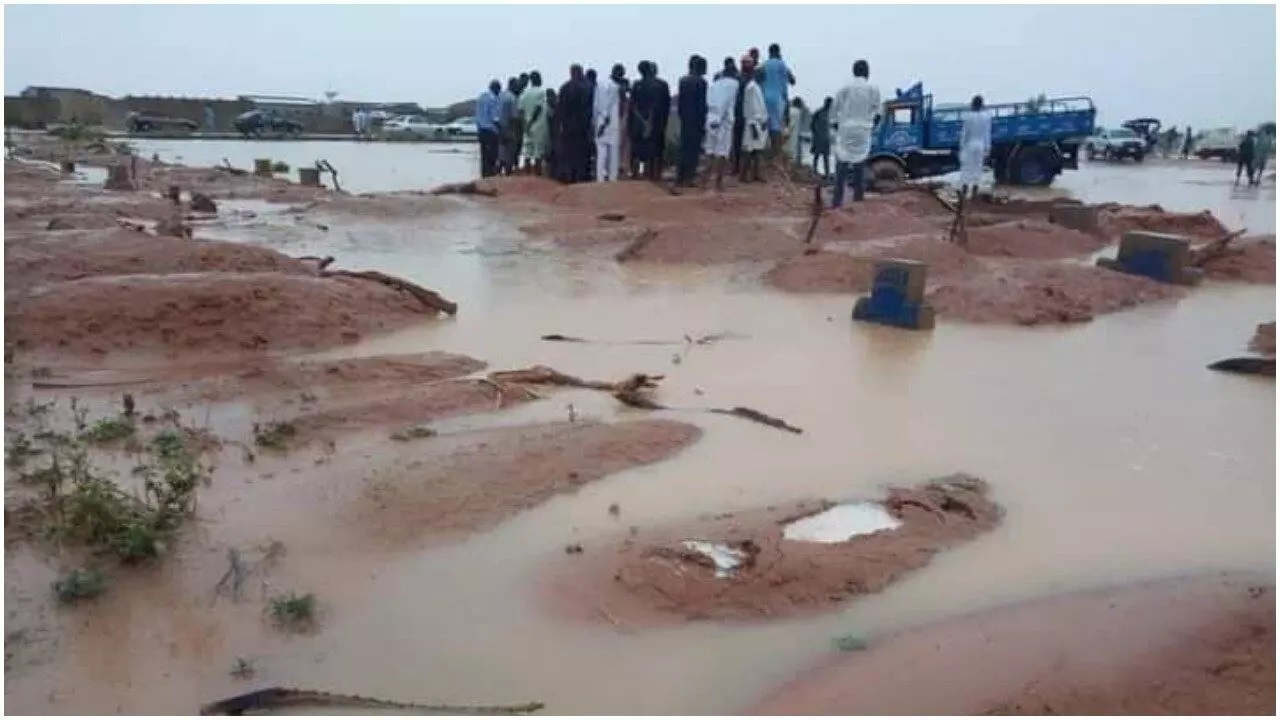 Two hundred out of over five hundred corpses that were swept from their graves in a cemetery by flood in Mariga town of Mariga Local Government Area, Niger State have been recovered.

Gatekeepers News reports that River Mariga overflowed its banks towards the graveyard which led to the washing away of the corpses from their graves, according to a resident, Mohammed Aliyu.

Mohammed explained that villagers woke up in the early hours of Wednesday to discover corpses floating on the river, adding that some of the bodies are still missing.

He stated that the District Head had communicated with the state government and requested immediate action and they responded swiftly.

“The government officials promptly responded and as of this (Wednesday) afternoon, about 200 bodies were recovered, they are still struggling to get access to the area,” he added.

The Director General of the State Emergency Management Agency, Ahmed Inga, confirmed the incident to Punch News, adding that he couldn’t confirm the number of corpses washed away by the river.

“It is true that River Mariga overflowed its banks and washed away parts of the grave located around the area.

“I visited there with the commissioner of works and it is true that dead bodies were washed away but I cannot give you the number of the bodies because the recovery is still ongoing,” Inga added.