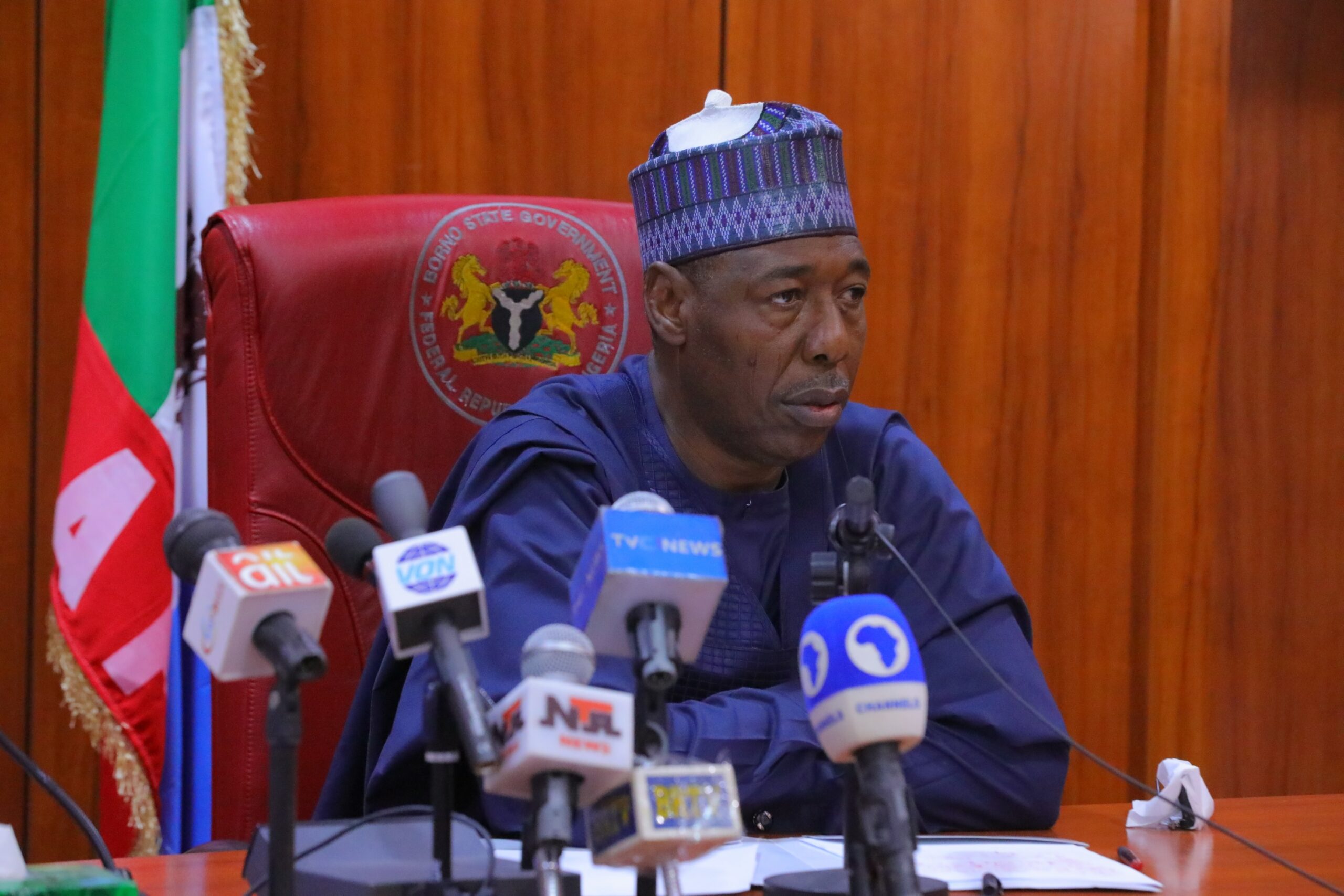 The Co-Chairman, Media and Publicity of Borno State All Progressives Congress ( APC) Campaign Council, Inuwa Bwala has stated that there is no rift whatsoever between Governor Babagana Zulum and the Party’s Senatorial Candidate, Barr. Kaka Shehu Lawan ahead of the 2023 elections.

Gatekeepers News reports that Kaka Shehu Lawan was the  Attorney General and Commissioner of Justice under the administration of former Governor Kashim Shettima and continued in the same position under Governor Babagana Zulum until recently when he resigned his appointment to contest for APC Borno Central Senatorial ticket won.

This was contained in a Press Statement issued In Maiduguri, the state capital by Hon Bwala at the weekend where he charged the opposition PDP in the state to concentrate on issue-based campaigns without having to resort to the use of foul language or spreading falsehood about APC leaders.

According to Bwala, ” We take exception to a post by one Amos Aziba, spokesman of the Peoples Democratic Party, PDP in Borno State, in which he not only embarrassed us, but spread deliberate falsehood.

“Mr Aziba took to his Facebook account by deliberately trying to embarrass the Governor of Borno State, Professor Babagana Umara Zulum and his political godson Barrister Kaka Shehu Lawan, by alleging that the duo exchanged blows at the Government House.

“May we state for the avoidance of doubt that, it was deliberate mischief and nothing could be further from the truth to that effect.

“His Excellency returned to Maiduguri from Abuja around 10: 00 pm and was received by a few aides, including Barrister Kaka Shehu.

“He went straight to the Umaru Shehu Specialist Hospital and the Fatimah Ali Sheriff Maternity Hospital, and therefrom retired to the house, after the usual prayers by the few personal aides that received him from the airport.

“The Governor drove in the same vehicle with Barrister Kaka Shehu, and went to a wedding fatiah together on Saturday morning.

“It was rather baffling that the said Amos Aziba posted on his Facebook that the duo have been fighting.

We hereby give Amos Aziba 48 hours within which to apologize to His Excellency the Governor and by extension Barrister Kaka Shehu and to immediately retract the said post or we may be compelled to resort to the law.

“If the said character is enlightened enough, we expect him to have known that there is a limit to political rascality, just as there is also a limit to the use of falsehood as a political tool, under the law.

“We have tolerated similar posts from him in the past, just to avoid heating up the polity and in the hope that he will desist when ignored, but he seems to have been emboldened by the false public acclaim that greeted opposition opinions.

“With this, he has crossed the red line, and we wish to let him know, that it cannot be business as usual,” Bwala stated.