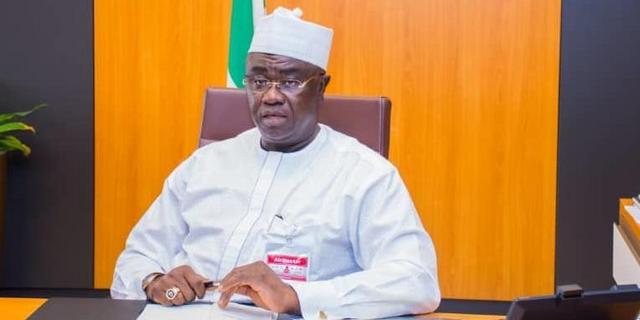 Federal government of Nigeria has commended six governors for their contributions to national development and the eradication of poverty.

Agba further applauded the Akwa-Ibom State Governor, Udom Emmanuel, on his position on the increasing price of rice and what he was doing or had done as governor to make the price of rice go down.

On the construction of roads, bridges, and other iconic social infrastructural facilities, such as hospitals and schools, both in the rural and urban areas, the Minister lauded Professor Babagana Zulum of Borno State, Nasir El-Rufai, and Nyesom Wike.

have built roads, bridges, and other iconic social infrastructural facilities, such as hospitals and schools, both in the rural and urban areas of

He further applauded Ondo State as a recent Multidimensional Poverty Index Survey results recently published by the National Bureau of Statistics, NBS, showed that it has the lowest incidence of multidimensional poverty (27.2%) in the entire country.

Agba reiterated his earlier position that States are not adequately playing their complementary role in promoting sectors directly under their purview, like primary health, basic education, water, rural roads, and infrastructure.

The Minister wrote, “They should prudently manage their resources and spread them to the rural area that impacts directly and positively on the majority of the people as well as improves their living standard so that the desire by the Federal Government to lift 100 million Nigerians from poverty in 10 years can be collaboratively and collectively realized for the benefit of the nation.”

While noting that statistical information is the bedrock of successful policy at all levels of government, he stressed that “The MPI is neither a half-witted document with a political undertone nor that which seeks to shift blame.

“As an intellectual document, if there is a need for a rejoinder, the critics should go to the field and conduct research. However, in doing this, it is essential to note that the 36 States Bureau of Statistics participated in the production of the
subject MP Index.”

According to him, “Federal Government’s policies, plans, and programs will work better and be more impactful if the sub-nationals understand that development is bottom-up. Then they can begin to redirect their spending to people-oriented and community-impacting projects.

“The Federal Government will continue supporting states that are committed to tackling these binding issues.

“The Government of President Muhammadu Buhari will remain committed to its primary
responsibilities of good policy initiatives and robust developmental programs.”

Following this, the federal government blamed the state governors for not playing their part, with President Buhari accusing them of misappropriating the funds of LGAs in their states.

According to the summarised MPI Data by State and Senatorial District which was disclosed by the Minister, Sokoto has the highest MPI – 90.5%, followed by Bayelsa – 88.5%, and Gombe coming third with 86.2%.