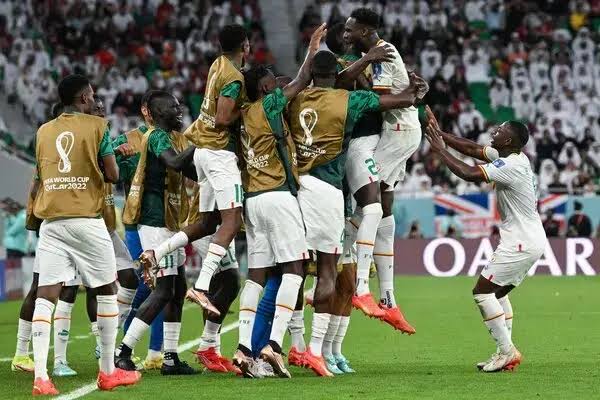 Gatekeepers News reports that the 3-1 victory secured Africa’s first win at the tournament.

The Teranga Lions defeated the host nation thanks to goals from Boulaye Dia, Famara Diedhiou and Bamba Dieng.

They were earlier defeated 2-0 by the Netherlands in their first game of the tournament.

Senegal is now widely open following the Netherlands’ 1-1 draw with Ecuador, which means either of the three teams, Senegal, Ecuador and Holland could progress to the next level.

In the 8th minute of added time, Roozbeh Cheshmi’s stunning goal broke Wales’ resistance after goalkeeper Wayne Hennessey had been shown a straight red card for racing off his line and fouling Mehdi Taremi in the 84th minute.

Iran then added their second with practically the last kick of the game, ending the game 2-0 in their favour.