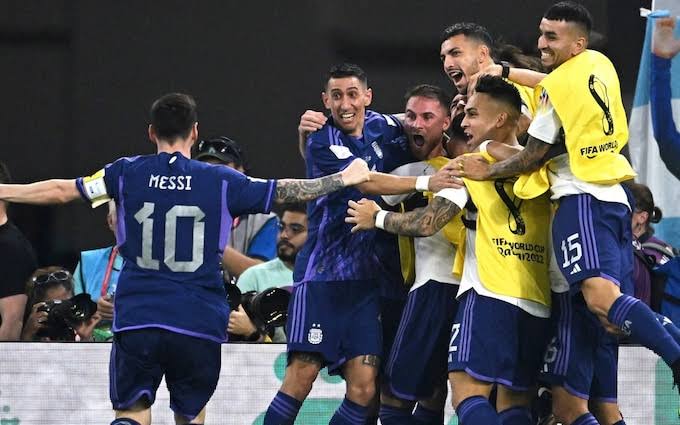 Argentina have secured a spot in the round of 16 after defeating Poland 2-0 at Stadium 974 on Wednesday.

Gatekeepers News reports that Poland have, however, qualified to the knockout stage, courtesy of their superior goal difference over a Mexico side who also finished on four points.

Argentina who desperately needed to secure the knockout stage spot broke the deadlock with Alexis McAllister, netting his first international goal just after half-time, while Julian Alvarez ended any doubt for a rampant after curling a shot into the corner.

They will next face Australia in the round of 16.

Despite defeating France on Wednesday night, Tunisia have refused to qualify for the round of 16.

The North Africa country who had earlier lost their first two games were only able to secure only 3 points in the group stage.

France on the other hand will take on Poland in the round of 16.

See other results from Wednesday night below: