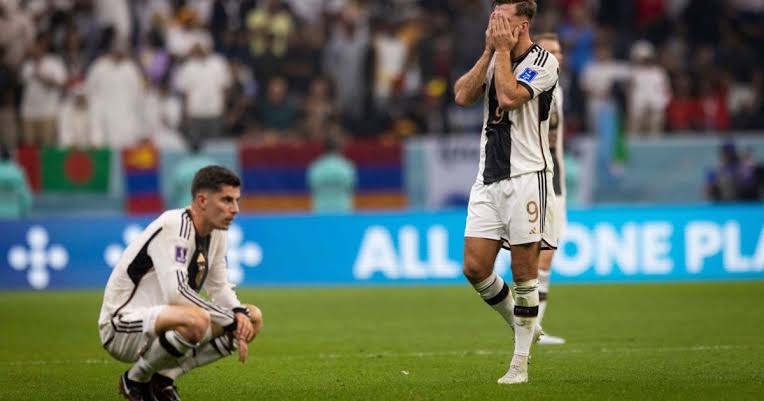 Germany have crashed out of the Qatar 2022 World Cup tournament on goal difference.

Gatekeepers News reports that despite defeating Costa Rica 4-2 on Thursday night, Germany have been kicked out of the tournament as they were only to garner 4 points are the group stage.

Meanwhile, Spain who were defeated 2-1 by Japan, have scaled to the next stage of the competition.

Spain with 4 points at the group stage had 9 goals, while Germany got 6 with same point. As the goal difference scaled Spain through, the reverse was the case for Germany.

Japan will face Croatia in round of the 16, while Morocco will meet Spain.

Belgium, on the other hand have crashed out of the 2022 World Cup following their goalless draw with Croatia.

Coming on at half-time with Belgium in need of just one goal to progress, Romelu Lukaku missed four golden chances to score.

Meanwhile, Croatia have progressed from Group F alongside Morocco and are to face Japan in the knockout stage.