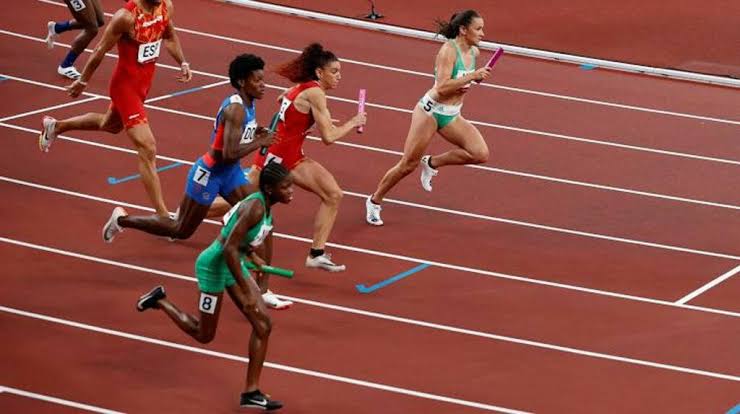 Nigeria have finished last at the semi-final of the Tokyo Olympics mixed relay race.

The mixed relay is a combination of two male and two female athletes who cover a distance of 400 metres each before handing the baton to the next runner.

Ojeli gave a good first leg and was followed by Uko finishing 3rd. Nathaniel took over the baton from Uko and opened up a gap of over 100 metres against female runners.

However, the move backfired as George had to contend with male runners in the final leg and finished last.

Although the United States of America and the Dominican Republic who finished first and second were disqualified, Nigeria’s finishing position was not good enough to earn a qualification for the final set for Saturday.

The 4×400 mixed relay just made its debut at the Olympics.