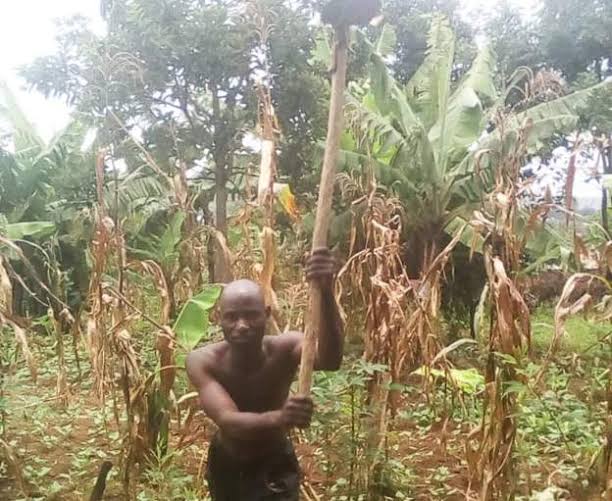 Gatekeepers News reports that Nimpagaritse who is a subsistence farmer in Burundi has donated 100kg (220lb) of his maize crop to those fleeing violence in Ukraine.

While speaking with BBC, Nimpagaritse said “As a former refugee myself, I thought of offering some help. I am a peasant farmer, I don’t have much to give but I have a loving heart.

“Looking at the pictures, I saw women and children dying. I don’t have a voice to contribute in bringing solution to the conflict, but I can donate some of what I have cultivated as a token of love.”

Nimpagaritse fled Tanzania during a wave of ethnic violence in 1996 when he was a four-year-old orphan.

He grew up in the Mutenderi refugee camp, where he attended school, only returning home to Burundi 11 years later in 2007, aged about 15.

“I saw what being a refugee is like – we could hardly find anything to eat,” he said.

“If somebody, a neighbour, offered you just a cassava leaf and water you’d greatly appreciate it.”

The 30-year-old now lives in Ruyigi province in the east of Burundi, where he has married and has three children.

He, therefore, urged someone from the UN refugee agency to come and collect his maize donation for Ukraine.

“I would also encourage anyone with such a heart to help likewise – it may assist around 20 families.

“Personally I can afford to offer 100kg of maize, it’s not enough, therefore, if someone else adds on more, it will help.”

In this article:Gatekeepers News, Refugee, Ukrainians