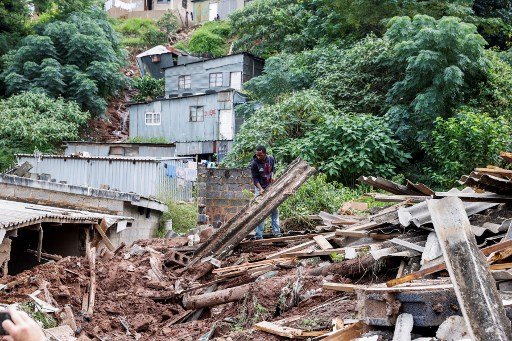 Death toll has hit 259, as the flood from the rainfall that began on Monday has raised havoc across communities in Kwazulu-Natal province of South Africa.

The KwaZulu-Natal provincial government described it as “one of the worst weather storms” in the history of the country, adding that efforts are ongoing to provide relief for displaced persons.

President Cyril Ramaphosa who visited the community on Wednesday called on communities to partner with the government on ensuring that the response is effective.

“This is a tragic toll of the force of nature and this situation calls for an effective response by government in partnership with communities,” Ramaphosa said.

“This situation calls on us to come together as a nation and offer assistance to those who desperately need our care and support.”

On his part Kgosientsho Ramokgopa, the head of infrastructure South Africa described the effect of the weather incident as “massive”.

Ramokgopa said in a statement, “This morning, I joined President Cyril Ramaphosa as he inspected the damaged infrastructure in Kwa-Zulu Natal. The devastation caused by the floods is massive, and we certainly have a mammoth task ahead.

“Our teams are already on the ground, formulating immediate solutions to restore and rebuild the damaged infrastructure so that essential services in affected communities can be restored as soon as possible.

“My deepest and most sincere condolences to the families who have lost loved ones.”