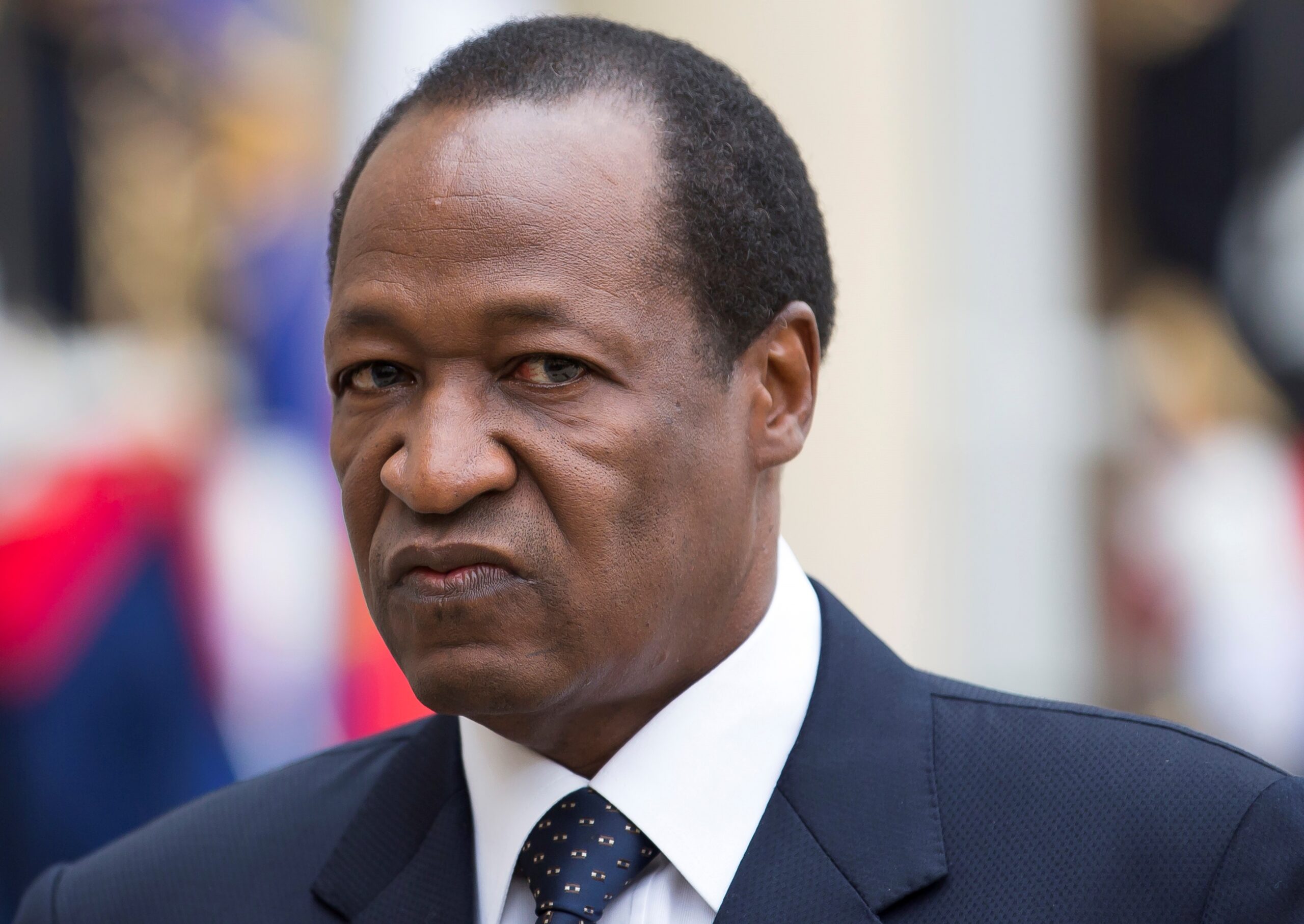 Blaise Compaoré, former president of Burkina Faso, has been sentenced to life imprisonment for the murder of his predecessor, Thomas Sankara.

Gatekeepers News reports that Sankara was assassinated in Ouagadougou, Burkina Faso’s capital, during a coup led by his friend and comrade-in-arms Compaoré on October 15, 1987. Sankara was killed aged 37 along with 12 other government officials, four years after he took power.

Compaoré became his successor, ruling until his 2014 removal.

On Wednesday, a military tribunal ruled that: “The court finds Blaise Compaoré and Hyacinthe Kafando guilty of attack on state security, complicity in murder and concealment of a corpse.”

Military prosecutors in Ouagadougou had requested a 30-year sentence for Compaoré, who was being tried alongside 13 others.

Two other main suspects were also handed life imprisonment sentences. They are Gilbert Diendéré, one of the leaders of the 1987 putsch and leader of the 2015 coup, as well as Hyacinthe Kafando, leader of Compaoré’s guards at the time.

Compaoré, who was unseated in a 2014 uprising, fled to the neighbouring Ivory Coast where he was given citizenship. He was tried in absentia, alongside Kafando, unlike Diendéré who is in custody.

The military tribunal that presided over the case handed jail terms ranging from three to 20 years to eight other suspects while acquitted three other defendants.