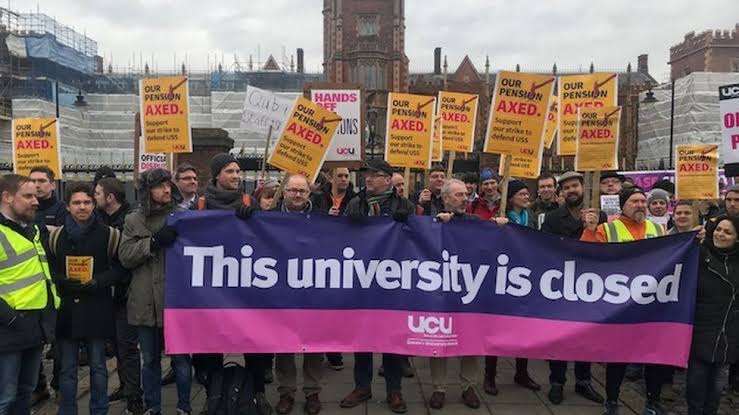 Lecturers across the United Kingdom under the University and College Union (UCU) have embarked on a 10-day strike.

Gatekeepers News reports that about 4,000 members of the UCU at colleges across England, have taken up the industrial action which will stretch over the coming weeks.

The strike action was launched on Monday September 26 over pay dispute.

The union said staff have been left “with no other option” as college bosses “refuse to raise pay”. Staff will be picketing outside colleges each morning of the strikes.

According to the Union, since 2009, pay in further education has fallen behind inflation by 35 per cent and the pay gap between school and college teachers stands at around £9,000.

Before the strike action, staff were initially offered a one per cent deal, which was rejected, followed by a revised 2.5 per cent.

UCU General Secretary Jo Grady said, “College staff deliver excellent education but, over the last 12 years, their pay has fallen behind inflation by 35 per cent and now thousands are skipping meals, restricting energy use, and considering leaving the sector altogether.

“This strike action will continue for 10 days unless college bosses wake up to this crisis, stop dining off the goodwill of their workforce, and make a serious pay offer.”

The industrial action will take place over four weeks in the first half-term of the academic year.

See the full dates of strike action below:

The industrial action comes after a summer of strikes across other sectors, including rail, post, and telecoms.