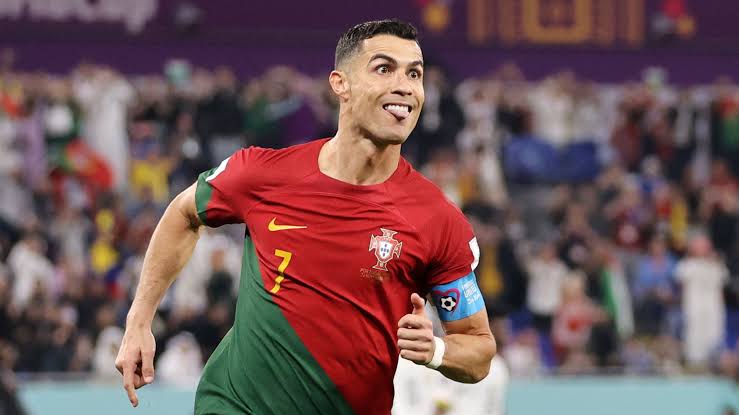 Gatekeepers News reports that Ronaldo netted his eighth World Cups goal in the game between Portugal and Ghana at the Qatar 2022 on Thursday.

His first World Cup goal came in 2006 against Iran, another one in 2010 against North Korea, followed by the one against Ghana in 2014, and then four in 2018, as he scored a hat-trick vs Spain and another goal against Morocco.

With this record, Ronaldo has joined Marta and Christine Sinclair as the only players to score in five different FIFA World Cup tournaments.

Aside this, he has become the youngest and oldest player to score for his country at the tournament.

His kick from the penalty spot at the 65th minute gave the Portuguese a lead. A. Ayew levelled it 8 minutes after. J. Felix and R. Leao gave Portugal another lead at 78th and 80th consecutively to make the scoreline 3-1.

Ghanaian Bukari found Portugal’s goal at the 89th minute but that wasn’t sufficient enough at the final whistle as the game ended 3-2.

Brazil’s Richarlison brace has secured a fantastic opening for the country in their Qatar 2022 World Cup campaign.

The game between Brazil and Serbia at the Lusail Stadium ended in favour of the former in Group G.

There were speculations that Richarlison’s second stunning acrobatic strike might earn him the goal of the tournament. 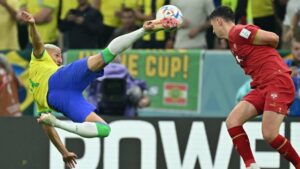 The game ended 2-0 in favour of Brazil.

See other results below:

The 2022 World Cup continues today with the second matches at the group stage. See the matches scheduled for Friday below: