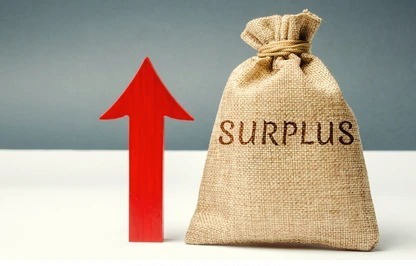 Kingdom of Saudi Arabia recorded a budget surplus of $27.13 billion in 2022, its first surplus in nearly a decade.

Gatekeepers News reports that the surplus, which is said to be $3.2 billion higher than the country expected, is due to high oil prices since the onset of the Russian-Ukraine war.

According to Saudi Arabia’s Finance Ministry, the surplus for 2022 amounted to 2.6 percent of its gross domestic product (GDP).

On Wednesday, Mohammed bin Salman, Saudi Arabia’s crown prince, said that the success of the kingdom’s reforms in the operating model of the public sector and the economy contributed to the achievement of a budget surplus.

The crown prince said it is expected that, by the end of this year, the GDP growth will reach 8.5 percent — higher than the 7.6 percent predicted by the International Monetary Fund (IMF).

“His Royal Highness further said that it is expected that by the end of this year, the GDP growth will reach 8.5%., as this growth was also reflected in the creation of more job opportunities, which contributed to the decline in unemployment rates among citizens to 9.7% during the second quarter of 2022, the lowest during the past 20 years, indicating that more than 2.2 million citizens work in the private sector, the highest in the Kingdom’s
history,” SPA said.

“He also praised the increase in women’s economic participation from 17.7% to 35.6%.

“His Highness also indicated that the state’s budget for 2023 comes as a continuation of achieving the goals of the Kingdom’s Vision 2030, as it focuses on accelerating the achievement of results, as the government has succeeded in implementing many supportive initiatives and structural reforms to enable economic transformation and involve the private sector in the transformation journey.

“HRH Crown Prince also explained that strategies, programs, initiatives and procedures are being carried out periodically to ensure their effectiveness, and correct their course whenever the need arises.

“His Royal Highness stated that the government, in addition to spending in general, carries out a number of major initiatives that will contribute to strengthening the role of the private sector and attracting foreign investments that will help achieve the aspirations and ambitions of the Kingdom’s Vision 2030, based on the strengths that Allah the Almighty has bestowed upon this country ranging from a distinguished strategic location to a pioneering investment power, and an Arab and Islamic depth.”