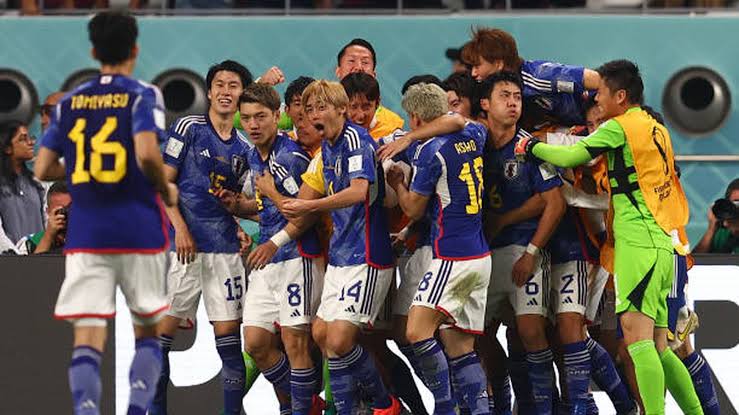 2022 FIFA World Cup saw another dramatic victory on Wednesday after Japan came from behind to defeat four-time winner, Germany.

Gatekeepers News reports that the Samurai came from a goal down to deliver a victory sealed via two late goals.

Ilkay Gundogan of Germany scored the opening goal from the penalty spot in the first half. Ritsu Doan landed a rebound shortly after.

Despite generally being outplayed, at the 83rd minute, substitute Takuma Asano lashed a shot into the roof of the net from an acute angle to net the winning goal.

Spaniards displayed a vintage performance at the opening game of the Qatar 2022 World Cup as they thrashed Costa Rica 7-0.

Spain completed more passes (537 successful passes in the first 45 minutes) than any other country has ever done in a World Cup match since 1966.

The Spanish side had the likes of Dani Olmo, Alvaro Moratta, and Ferran Torres to thank for the sterling performance.

Roberto Martinez’s marked their first clean sheet in four games after defeating a well-coached side and tough Canadian players.

The Belgians ended the game 1-0.