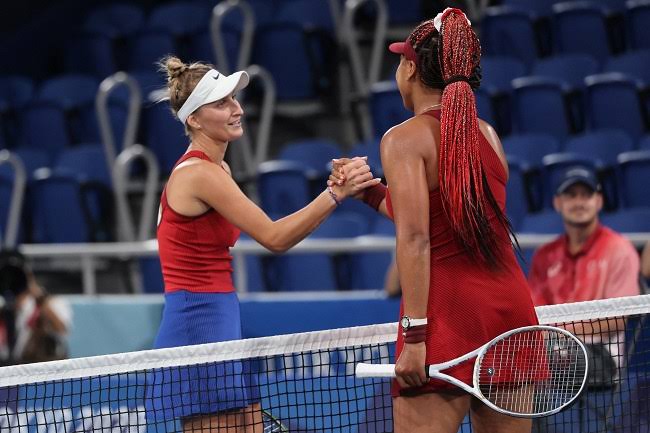 Marketa Vondrousova has kicked Naomi Osaka out of Tokyo Olympics.

Gatekeepers News reports that Japan’s world No. 2 tennis player, Naomi Osaka has been booted from Tokyo Olympics after losing 6-1, 6-4 to the Czech Republic’s Marketa Vondrousova on Tuesday.

In the first set, the four-time Grand Slam champion who lit the Olympic cauldron just days ago looked nervous and played loose from the start down to four games in less than 15 minutes, and ended up losing the set 6-1 in just 24 minutes.

Although something clicked during a long rally at the top of the second set as Osaka quickly broke serve to win two straight games, Vondrousova battled back to even the score, and the opponents began trading games while holding serve. Throughout the match, the world No. 2 stood far behind the baseline and missed a number of the Czech’s signature drop shots.