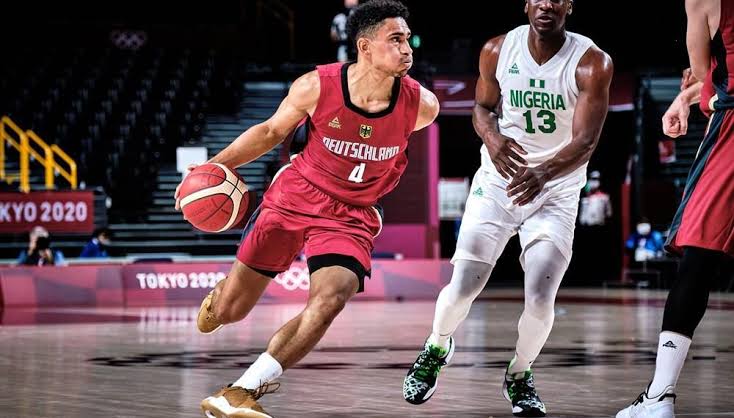 D’Tigers have suffered another defeat at the Tokyo Olympics.

Gatekeepers News reports that D’Tigers have suffered their second defeat in their group B game at the Tokyo Olympics.

The African champions lost 92 – 99 to Germany in the early hours of Wednesday.

The Nigerians threw away an 11-point lead from the third quarter of the game to record their second consecutive defeat after a disappointing loss to Australia.

Although the Mike Brown’s boys opened the second half with a 16-5 run to put them up 11, Niels Giffey’s 3-pointer rattled in as the third-quarter horn sounded and sent the teams in the final period tied at 74.

In the final quarter, Germany made a decisive run to outclass D’Tigers 25-18 to edge closer towards qualifying for next weekend’s knockout stage.

Jordan Nwora and Miye Oni led the scoring chart for Nigeria with their three-pointers gathering 33 and 15 points respectively.

Nigeria will take on Italy on Saturday while Germany will face Australia.