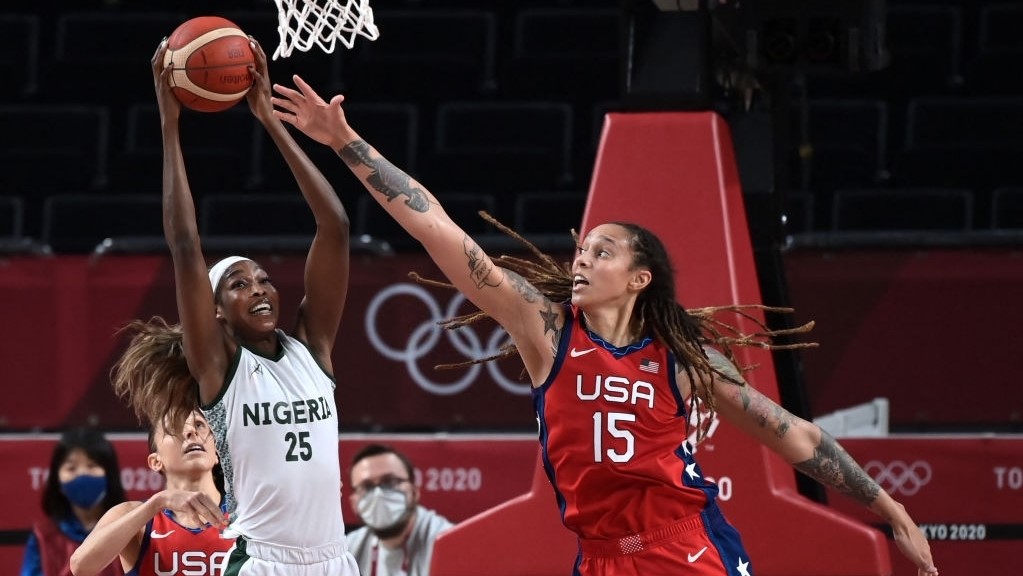 United States (US) women’s basketball have defeated Nigeria with 9-point at the ongoing Olympics.

Gatekeepers News reports that D’Tigress have been defeated 81-72 by the United States (US) women’s basketball team in their opening group game at Tokyo Olympics at the Saitama Super Arena.

The starting five of Adora Elonu, Ezinne Kalu, Victoria Macaulay, Pallas Alpanah, and Promise Amukamara registered their winning aim early by picking up 10 offensive rebounds to finish the first quarter with a surprising lead of 20-17.

However, the Otis Hughley-led girls couldn’t maintain the intensity when the second quarter resumed, as the US team snatched control of the match and headed into halftime with a 44-32 lead.

The third quarter began with D’Tigress fumbling with their shootings as they failed to leverage their turnovers and the Americans made them pay gravely as a 20-point margin was established to make it 70-50.

Although the Nigerians in the fourth quarter, hurriedly halved the deficits, a race against the winding time made Team USA clinched the game 81-72.

The Nigerians failed to revenge for the humiliating loss suffered to the USA in the tune-ups ahead of the competition.

D’Tigress were led by Kalu, who netted 16 points, followed by Macaulay’s 11 points and the duo of Amukamara and Elonu with 10 points each.

On the other hand, the Americans who registered their 50th consecutive Olympic victories were led by A’ja Wilson with 19 points, followed by Taurasi Diana’s 10 points.

Gatekeepers News earlier reported that D’Tigers were similarly defeated by the Australians at their opening group match in the ongoing Olympics.

However, D’Tigress will hope for better performance when they play France in the group’s second game on Friday.