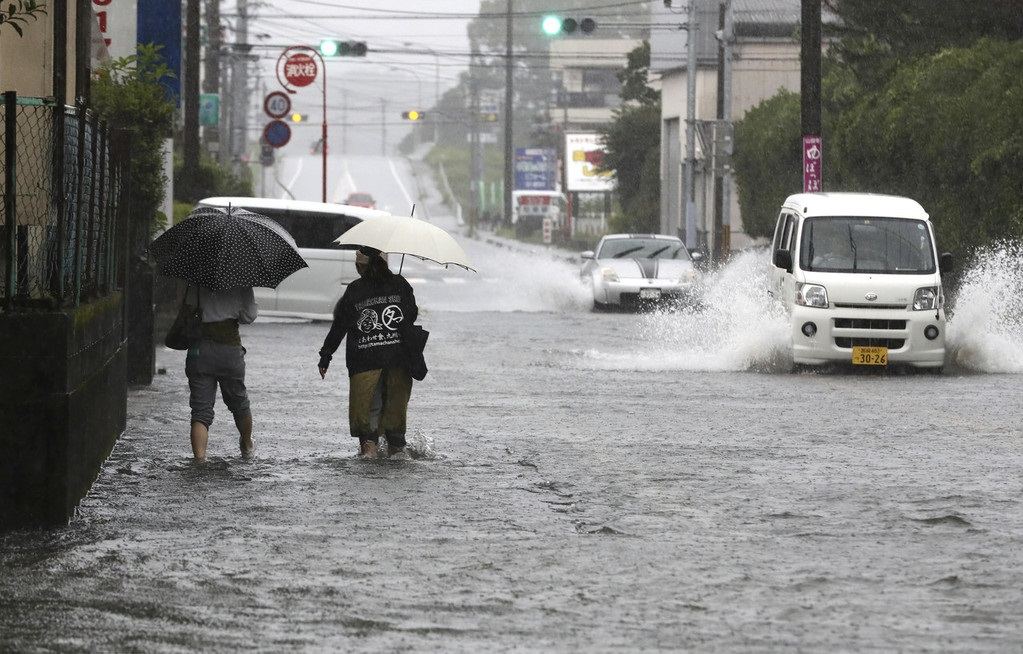 Close to two million people have been advised to vacate their homes and seek shelter amid heavy rains in Japan.

Gatekeepers News reports that the Highest-level rain warnings have been issued in a number of prefectures, including Fukuoka and Hiroshima.

A woman was reported dead as her husband and daughter are missing after a landslide destroyed two homes in Nagasaki prefecture.

Over 150 troops, police and firefighters were deployed to assist rescue operations in the area.

“They are carefully searching for the missing residents while watching out for further mudslides as the heavy rain continues,” a local official told the AFP news agency.

Gatekeepers News gathered that the worst affected part of the country is the west, but heavy downpours are expected across the country in the coming days.

A hospital in Saga prefecture was said to have evacuated patients to its upper floors on Saturday after the nearby Rokkaku river overflowed and flooded the building.

“It’s highly likely that some kind of disaster has already occurred,” he said.

Rivers in Saga and Fukuoka have overflowed with water levels still rising, according to footage from local television.

The flooding comes just weeks after heavy rain resulted in landslides and caused rivers to break out in their banks, leaving dozens dead.