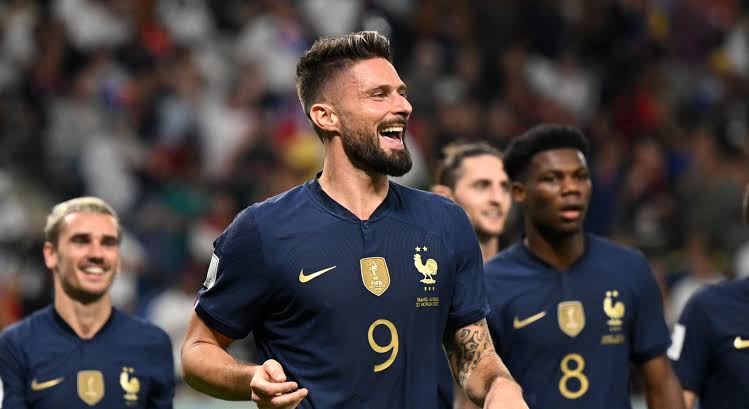 Gatekeepers News reports that Giroud who didn’t have a shot on target in the last World Cup got a brace at the ongoing Qatar 2022 on Tuesday.

Many had assumed Karim Benzema’s absence from the French team would be the beginning of their doom at the tournament, Giroud has however proven this wrong.

Giroud put his first score at the 31st minute to give France a lead after Rabiot’s equaliser, and netted his second and final goal of the match after Kylian Mbappe’s, making the scoreline 4-1. All these brought Craig Goodwin’s opener goal for Australia to naught technically.

After barring Brazil in 2006, every World Cup winner since 1998 has crashed out in the group stages.

It’s a trend that began with France in 2002. The question is if it will end with them 20 years after. 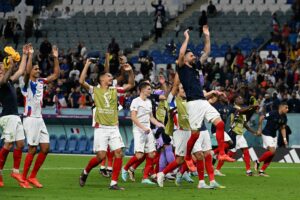 The Unbelievable Opening Defeat Of Argentina By Saudi Arabia

Following the amazing performance of the Green Falcons against Argentina, the King of Saudi Arabia, Salman bin Abdulaziz Al Saud declared today – Wednesday a public holiday in the country.

The announcement was made on Twitter by Saudi Gazzette, on Tuesday evening.

Read more of the highlight here 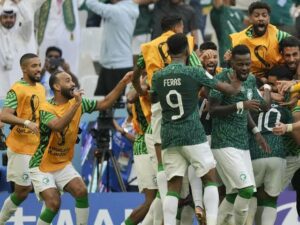 Robert Lewandoski has missed his opportunity to secure the first win for Poland in the Qatar 2022 campaign.

The Barcelona star missed a penalty for Poland as they ended the game with Mexico 0-0 on Tuesday.

In a similar development, the Denmark – Tunisia game at the Qatar 2022 World Cup ended 0-0 on Tuesday.